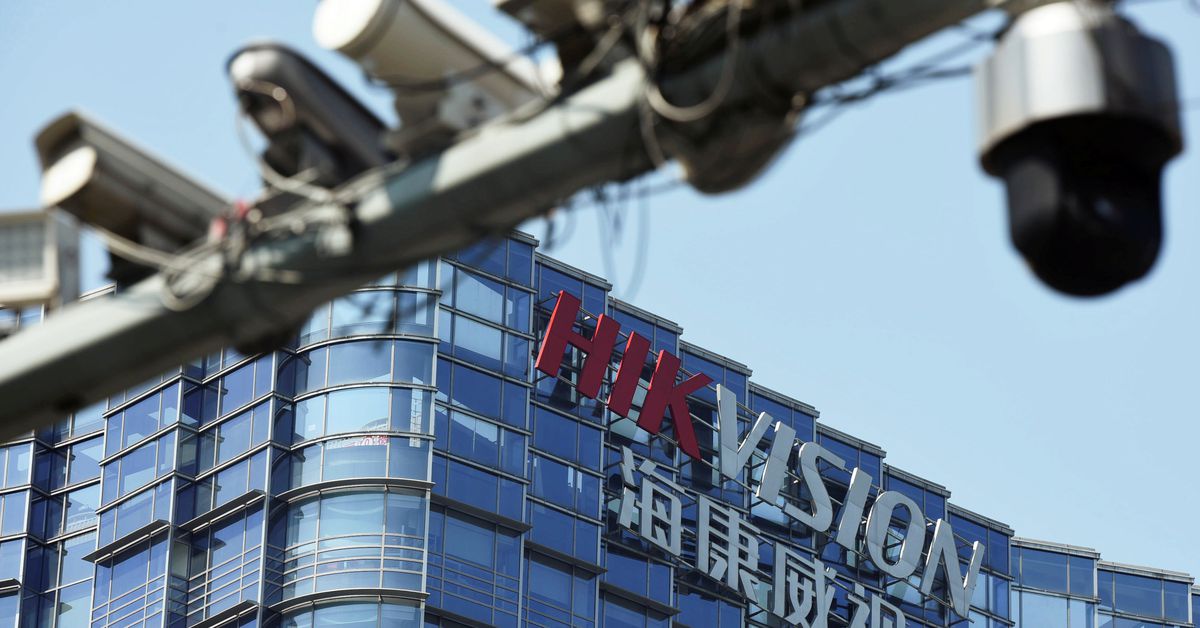 Surveillance cameras are seen near the headquarters of Chinese video surveillance firm Hikvision in Hangzhou, Zhejiang province, China May 22, 2019. REUTERS/Stringer

The potential sanctions would be administered by the U.S. Treasury Department, which publishes a Specially Designated Nationals (SDN) list that prohibits American companies or citizens from trading or conducting financial transactions with those listed and freezes assets held in the United States, the Financial Times said, without clarifying which sanctions would be used.

If imposed, the sanctions could have dire consequences for the maker of surveillance equipment, which already faces other U.S. restrictions for activities contrary to U.S. foreign policy and national security. Hikvision has been accused of enabling human rights abuses by supplying the Chinese government with cameras used in the repression of the Uyghurs.

Washington has already begun briefing allies, given Hikvision has customers in more than 180 countries, two of the sources told FT.

Both the White House and the Treasury Department declined comment.

Hikvision said in an email to Reuters that the company has been and will continue to comply with the applicable laws and regulations in the countries where it operates.

“The mentioned potential action by the U.S. Government remains to be verified. We think any such sanction should be based on credible evidence and due process, and look forward to being treated fairly and unbiasedly,” the company said.

Experts say the possible sanctions would increase tensions with China.

“Putting Hikvision on the SDN list, if that is indeed what they are planning to do, is a significant escalation,” said Emily Kilcrease, a senior fellow at the Center for a New American Security and former deputy assistant U.S. Trade Representative.

“While human rights issues are very much on the top of the Biden administration agenda, I thought their approach would be more calibrated,” Kilcrease said, adding that she would expect the move against Hikvision to be saved for deployment in the case of a more active conflict with China.

Hikvision already faces U.S. export and investment restrictions. It was placed on a U.S. trade blacklist in 2019 for being implicated in human rights violations and abuses in the implementation of China’s campaign of repression, mass arbitrary detention, and high-technology surveillance against Uighurs and other Muslim minority groups in Xinjiang.

The Trump administration, which cracked down on many Chinese companies, generally steered clear of using the SDN list, Washington’s most powerful sanctioning tool.

As Reuters reported in 2019, the administration considered adding Huawei to the SDN list that year, but shelved the plan, which would have brought a host of logistical, diplomatic and economic difficulties for the U.S. government.

Reporting by Sneha Bhowmik and Tanvi Mehta in Bengaluru; Additional reporting by Chen Aizhu in Singapore, Karen Freifeld in New York and Alexandra Alper in Washington; Editing by Sherry Jacob-Phillips and Nick Zieminski