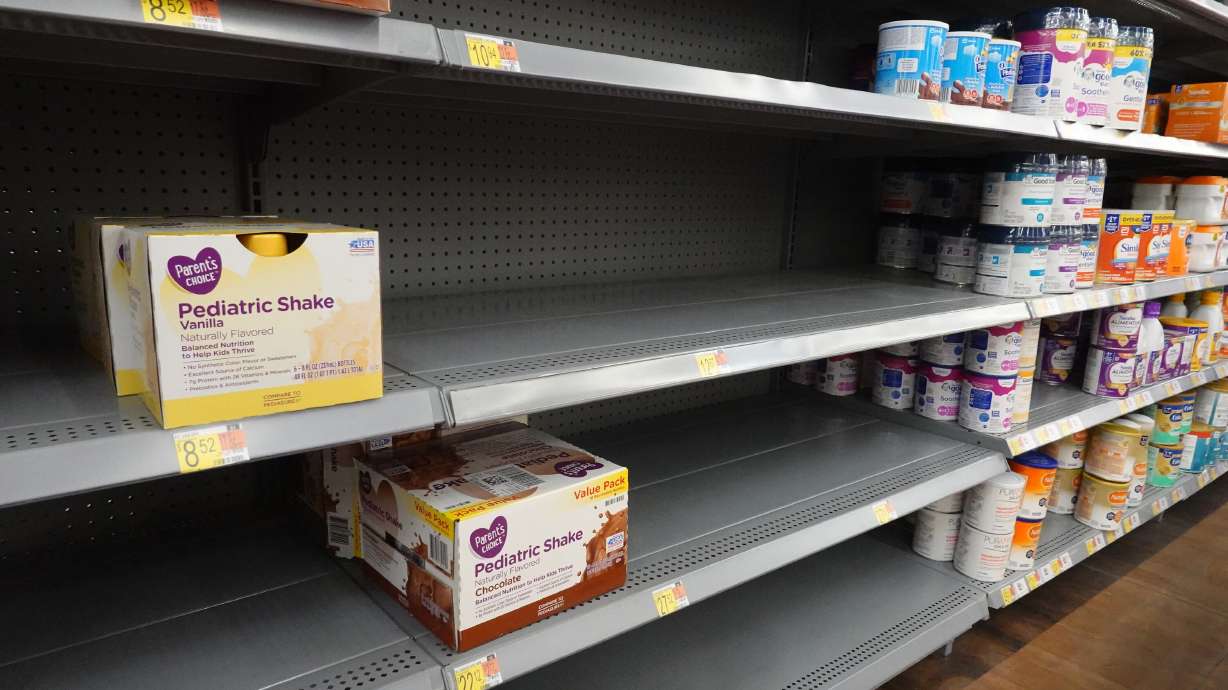 ATLANTA — For months stores nationwide have been struggling to stock enough baby formula. Manufacturers say they’re producing at full capacity and making as much formula as they can, but it’s still not enough to meet current demand.

That rate increased another 9 percentage points in just three weeks in April, and now stands at 40%, the statistics show. In six states — Iowa, South Dakota, North Dakota, Missouri, Texas and Tennessee — more than half of baby formula was completely sold out during the week starting April 24, Datasembly said.

And although seven states had between 40-50% of baby formula products out of stock as of early April, 26 states are now struggling with supply.

“This issue has been compounded by supply chain issues, product recalls and historic inflation,” Datasembly CEO Ben Reich said. “Unfortunately, given the unprecedented amount of volatility to the category, we anticipate baby formula to continue to be one of the most affected products in the market.”

CVS and Walgreens confirmed that it is limiting customers nationwide to three toddler and infant formulas per transaction. “We continue to work diligently with our supplier partners to best meet customer demands,” Walgreens said in a statement to CNN Business.

A Target spokesperson confirmed that the retailer has limited baby formula purchases to four units per customer for online purchases. There is no limit on the number of units that can be bought in person in Target stores, the company said.

Customers shared images on social media of Walmart imposing similar constraints on its sales of baby formula, though Walmart did not confirm if it was a nationwide policy. Images shared with CNN Business show empty shelves where baby formula should be, and a sign saying only five units were allowed per customer.

Walmart did not immediately respond to a request for comment from CNN Business.

The shortage has been exacerbated by the Food and Drug Administration’s shutdown of an Abbott Nutrition facility in Sturgis, Michigan. Abbott is a major producer of baby formula.

In February, the U.S. Food and Drug Administration recalled three brands of powdered baby formulas made by the company due to potential bacterial infections, including Salmonella. The agency advised parents not to buy or use certain batches of Similac, Alimentum and EleCare powdered infant formulas, all Abbott brands.

A former employee of Abbott Nutrition filed a whistleblower complaint with the FDA months before the recall, documenting their concerns that the company was hiding safety problems at its Sturgis, Mich. plant. The formulas manufactured at the facility were recalled after four infants drinking it had fallen ill with rare infections caused by Cronobacter sakazakii bacteria. Two infants died, the complaint said.

The Abbott spokesperson noted that the recall affected only batches of formulas produced at and distributed from its Sturgis, Mich. facility, and said that no other products that Abbott distributes had so far tested positive for Salmonella or other pathogens.

Finding standard formula has become difficult for parents, many of whom described the extraordinary lengths they’ve gone to in order to score even a single can or bottle. Specialized formula is even harder to locate amid the widespread shortage. Parents are driving to neighboring states to try their luck, and many are pleading for help on social media, imploring strangers to share or even barter any extra supply they may have.

Abbott told CNN in a statement Saturday it is working closely with the FDA to resume operations in its Michigan plant.

“We continue to make progress on corrective actions and will be implementing additional actions as we work toward addressing items related to the recent recall. In the meantime, we are working to increase the supply of infant formula by prioritizing infant formula production at our facilities that provide product to the U.S. market,” Abbott said in a statement to CNN Business.