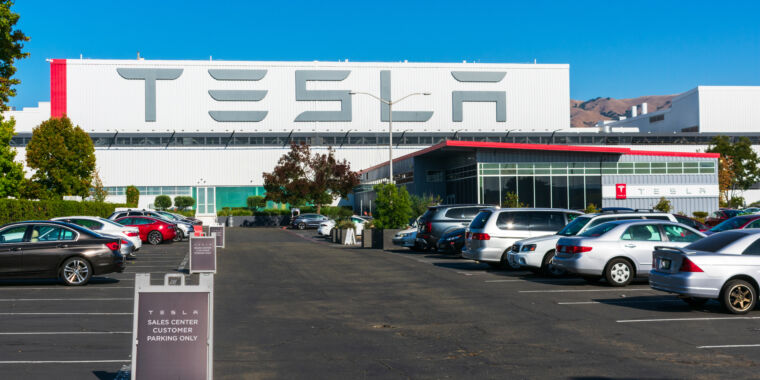 Tesla on Friday sued a former thermal engineer for trade-secret theft. The company accused its ex-employee, Alexander Yatskov, of transferring confidential information from Tesla’s network to his personal laptop.

According to Tesla, Yatskov was assigned to a team that “runs complex simulations of how different thermal designs affect heat distribution, and in turn, affect the balancing of speed, power, safety, cost and environmental concerns.”

Tesla says it caught Yatskov transferring confidential details about Project Dojo from Tesla’s network to a personal computer. The company put him on administrative leave in April.

When confronted, Yatskov reportedly admitted to taking confidential information and promised to bring his personal laptop in for inspection by Tesla’s security personnel. But according to Tesla, Yatskov didn’t bring in a laptop he had been using regularly in the preceding weeks. Instead, he brought in a “dummy” laptop that had barely been used since 2020.

Tesla alleges that Yatskov logged in to the laptop only once in 2022: on the morning he brought it in. He allegedly seeded it with innocuous Tesla documents to make it look like he hadn’t stolen Tesla’s secrets. Yatskov resigned from Tesla on Monday, May 2.

Tesla’s complaint says Yatskov lives in Manteca, California. LinkedIn lists an Alexander Yatskov who lives in Manteca and has worked as a thermal engineer at Juniper Networks since March 2016. Yatskov is named on several Juniper patents.

Previously, Yatskov spent a decade at supercomputer-maker Cray and then a decade at a Massachusetts firm called Thermal Form and Function. Yatskov earned a Ph.D. in machine design from Moscow State University. In 2011, while he was working in Massachusetts, he earned a master’s degree in engineering management from Tufts University.

Yatskov’s LinkedIn page shows him still working at Juniper Networks, but it seems unlikely that there were two thermal engineers named Alexander Yatskov in Manteca, California. Perhaps he just didn’t update his LinkedIn page when he started working at Tesla.

But I wanted to make sure—and to give Yatskov a chance to comment for this story. His LinkedIn page links to a consulting firm called Robust Cooling Technologies. So I called the phone number listed on the firm’s website. A man with a strong—possibly Russian—accent answered the phone and identified himself as Alexander Yatskov. When I said that I was a reporter calling about the Tesla lawsuit, there was a long pause.

I asked him to at least confirm that I had reached the same Alexander Yatskov as the one who was being sued by Tesla. “No comment,” he repeated. Then he hung up.

Tesla says it doesn’t know how much information its former employee took or what he might be planning to do with it. Tesla sued Yatskov under the Defend Trade Secrets Act, a 2016 law that beefed up protections for trade secrets. The company asked for an order to return the stolen information as well as award Tesla damages.

Tim Lee was on staff at Ars from 2017 to 2021. In 2021, he launched Full Stack Economics, an independent email newsletter about the economy, technology, and public policy. You can subscribe to his newsletter here.