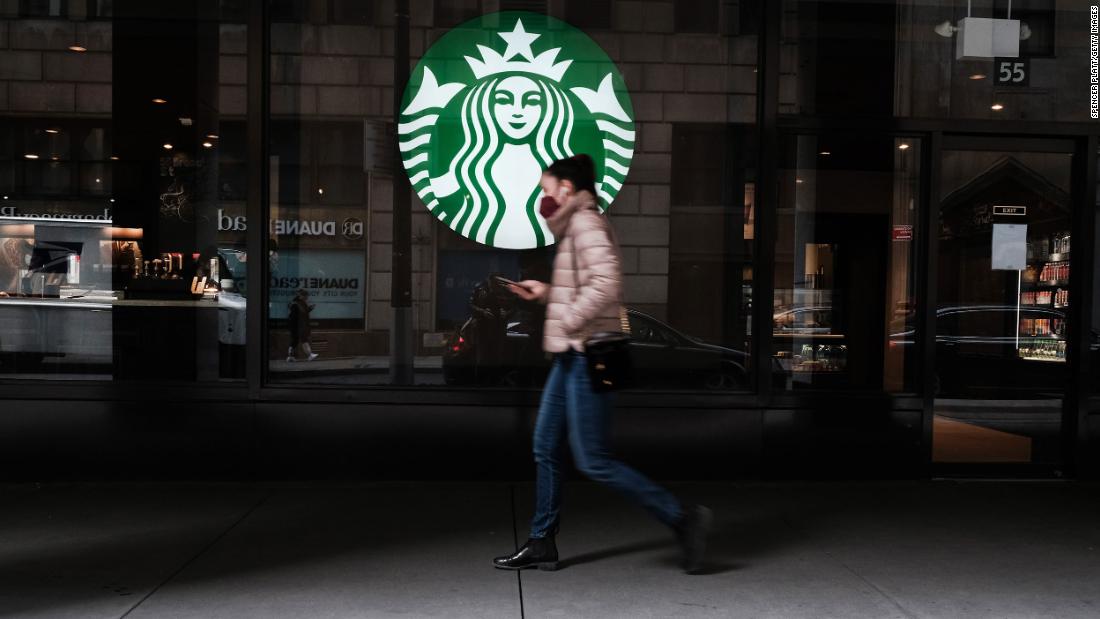 Share
On Thursday, union organizers representing workers at Starbucks, REI and Amazon, among others, met with Vice President Kamala Harris and Labor Secretary Marty Walsh at the White House. President Joe Biden also stopped by the meeting to greet the organizers.
Representatives for Starbucks (SBUX) weren’t present. That doesn’t sit well with the company.

“We are deeply concerned” that union representatives were invited to the meeting while “official Starbucks representatives” weren’t there to share their views, wrote AJ Jones II, SVP of global communications and public affairs at Starbucks, in a Friday letter addressed to Steve Ricchetti, counselor to the president.

“We believe this lack of representation discounts the reality that the majority of our partners oppose being members of a union,” he said. “I am requesting the opportunity to meet with you and bring a diverse, representative group of Starbucks [employees] … so that they can share points of view and experiences.” The White House didn’t immediately respond to a request for comment on the letter.

Starbucks Workers United, which has been working to unionize Starbucks stores, said in a statement that “if Starbucks … grants us equal company time to talk to partners for every anti-union meeting they hold, we’d be happy to have them tag along next time we get invited to the White House.”

The group added that “the President, VP and Sec Walsh took the time yesterday to hear Laura Garza, a proud 22-year [employee] at Starbucks, explain what it’s like to be intimidated and harassed by a company she has devoted her working life to.” The company added that “she spoke on behalf of the partners at over 60 stores across the US who have voted to unionize.”

So far, dozens of company-operated Starbucks (SBUX) stores have so voted to unionize. That’s just a sliver of Starbucks’ roughly 8,800 US corporate stores. But the movement is gaining momentum, and Starbucks is eager to squash it.
Earlier this week, Starbucks’ interim CEO Howard Schultz said during an analyst call that unionized workers could be left out of future wage hikes. Starbucks Workers United said that it is filing charges with the National Labor Relations Board, requesting an order that would require the company to give all Starbucks workers access to the new benefits.