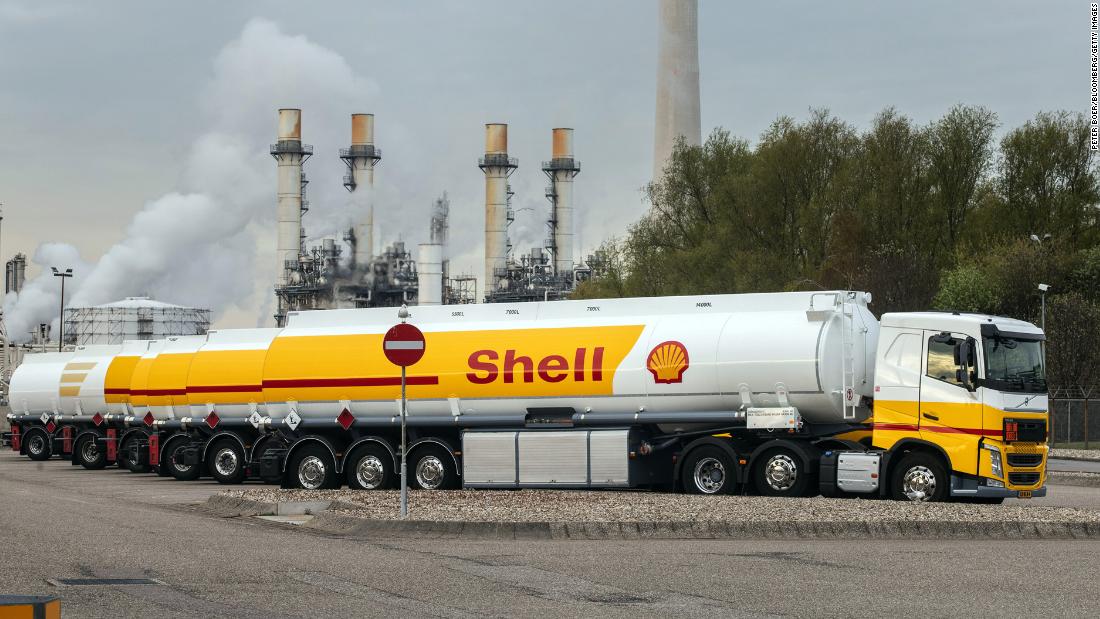 Share
The last of the energy majors to report results, Shell joins sector rivals, including BP (BP) and TotalEnergies (TOT) in making big profits from the commodity price volatility stoked by Russia’s invasion of Ukraine that began on Feb. 24.
It beat its previous highest quarterly profits recorded in 2008 even after writing down $3.9 billion post-tax as a result of its decision to exit operations in Russia. It is also winding down oil and gas trading with Russia.

Shell’s shares rose 3.3% in early trading, outperforming the 1.8% rise of an index of oil and gas companies.

By the end of this year, Shell said it would stop all of its long-term Russian crude oil purchases, except two contracts with a “small, independent Russian producer” that it did not name.

Shell, the world’s largest LNG trader, said sales of the fuel rose by 9% in the quarter to 18.3 million tonnes. LNG is seen as crucial to ending Europe’s reliance on Russian pipeline gas.

The European Union’s chief executive on Wednesday proposed a phased oil embargo on Russia that, if backed by member states would be a watershed for the world’s largest trading bloc given its dependence on Russian fuel, although the bloc has yet to work on a gas ban.

Shell maintains $1 billion in value of Russian assets on its balance sheet, including for petrol stations, a lubricants plant and future dividends from its stake in Sakhalin-2 LNG project, a spokesperson said.

The size of energy companies’ profits have led to calls from Britain’s opposition Labour Party to levy a windfall tax to support people struggling to pay their energy bills because of the surge in prices.

The ruling Conservatives have rejected the idea, saying it would discourage companies from investing profits in the transition to lower carbon energy.

It said its dividend payments and share repurchases reached $5.4 billion in the quarter, part of its plan to buy back $8.5 billion shares in the first half of the year. Its dividend rose to 25 cents per share as planned.

In the current environment, it said it expects shareholder distributions to exceed 30% of cashflow in the second half.

First-quarter adjusted earnings rose 43% from the previous quarter to $9.13 billion, above an average analyst forecast provided by the company for a $8.67 billion profit. That compares with earnings of $3.23 billion a year earlier.

Shell’s adjusted earnings from refining and marketing oil products leapt to $1.17 billion from a loss of $130 million in the previous quarter and a profit of $781 million last year despite volumes falling to around 1.6 million bpd from 1.9 million.