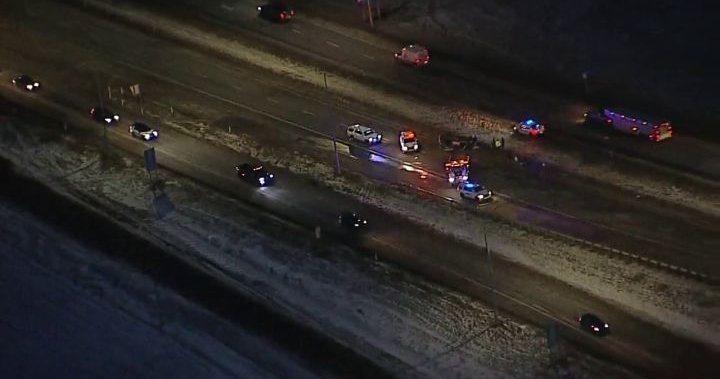 The RCMP has confirmed that a person died after a truck drove north on Highway 2 near Leduc, Alta., Is believed to have lost control before overturning several times.

Police told Global News that they were first informed of the accident at 2.24pm on Friday.

At 5.50 pm, only the shoulder lanes saw the traffic pass through in both north and south directions, as the police continued to investigate what happened. However, the RCMP said they expected to open more lanes early in the evening.

Police will not say if there was any personal injury other than the death.