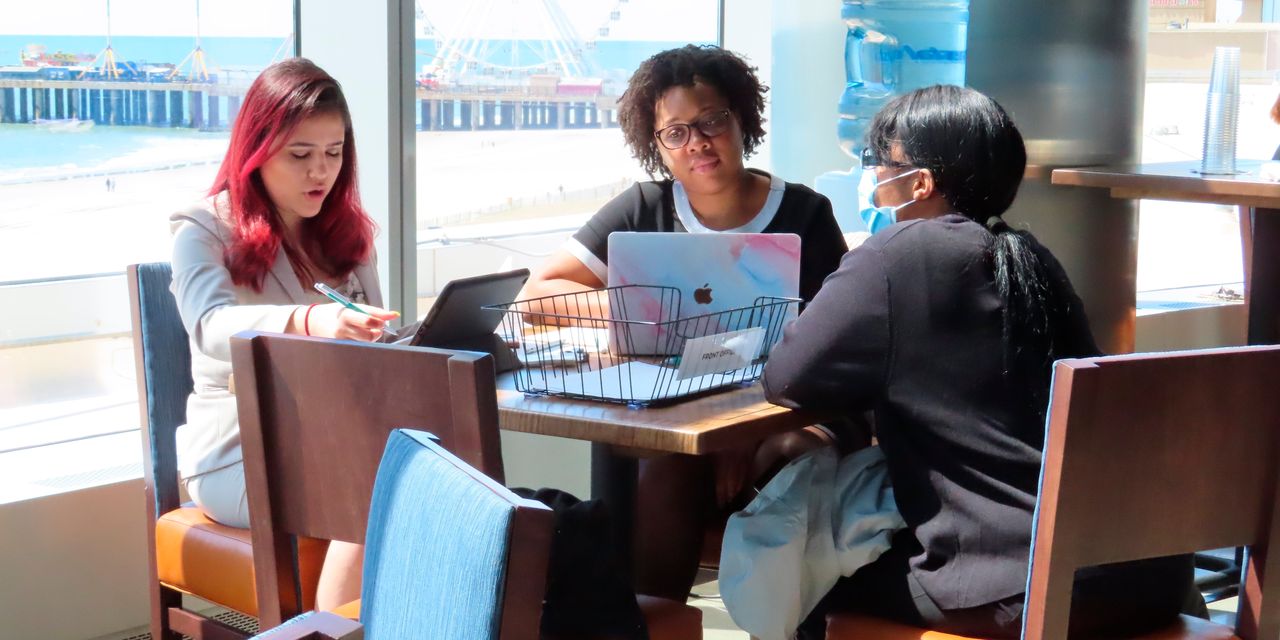 The U.S. labor market extended a run of rapid job growth last month despite jittery markets and increased economic uncertainty, as employers rushed to serve waves of consumers who are shopping, dining out and traveling more.

The economy added 428,000 jobs in April, duplicating March’s increase and marking the 12th straight month of gains above 400,000, the Labor Department said Friday. The unemployment rate remained at 3.6%, just a shade above the prepandemic level of 3.5%, a half-century low.

Breaking Down the U.S. Economic Outlook with Larry Summers

Restaurants, hotels and other leisure and hospitality industries led the way in hiring last month, though factories, warehouses and white-collar companies all posted strong job gains. Wage growth cooled a bit but remained robust, with workers’ average hourly earnings up 5.5% over the past year though not enough to keep up with inflation.

Friday’s report included a puzzling decline in the labor force—the first since September—as 363,000 people retreated to the sidelines, shrinking what was already a tight labor pool.

Investors, bracing for further interest-rate increases as the Federal Reserve tries to cool the economy and bring down inflation, extended on Friday one of Wall Street’s worst selloffs since the pandemic began. U.S. stocks closed lower, and Treasury yields rose.

“No doubt, amid all of the sea of negative news, the labor market continues to be the bright and shining star—for now,” said

The combination of aggressive hiring and low unemployment will likely embolden the Fed as it shifts its focus from pushing down unemployment to tamping down high inflation. The Fed this week raised its benchmark interest rate by the most since 2000 and plans additional increases in 2022 to rein in the highest inflation in 40 years while aiming to keep job growth steady.

in a Wall Street Journal interview Friday, raised doubts about the Fed’s ability to cool the economy without causing a downturn. “It’s definitely odds-off that we will have a soft landing,” he said. Mr. Summers added that the risks for the economy are just quite substantial and that historically, the current mix of high inflation and low unemployment has led to a recession within two years.

While Covid-19 lockdowns in China and Russia’s invasion of Ukraine have stoked fears of a global economic slowdown, American consumers are spending as if in boom times. After two years of lockdowns and pandemic-related restrictions, they are going to concerts, dining out and traveling at levels last seen since before the pandemic—and employers are stepping up hiring as a result.

In the year through April, employers added 6.63 million workers to their payrolls—the biggest 12-month gain, aside from earlier in the pandemic, on records dating to 1939. Employers posted a record-high 11.5 million job openings in March, separate federal figures showed.

Yet employment remained down 1.2 million jobs in April compared with prepandemic levels. The biggest obstacle preventing a full recovery and even stronger job growth is a lack of supply as millions of adults remain on the sidelines.

Mona Ghattas said she needs an additional half a dozen workers to wait tables at the restaurant behind her pharmacy, Duran Central Pharmacy, and manage the nearby Remedy Coffee shop, all of which she owns and operates in Albuquerque, N.M. She said it is hard to find workers, and when she does, many quit within days or even hours.

“It seems like I am continually looking to hire,” Ms. Ghattas said. “Turnover is high—higher than it’s ever been. I can hire somebody and they might show up or they might not show up. And then if they do show up, they might walk out after two hours and say, ‘I really just don’t want to do this.’”

Ms. Ghattas said she has doubled the wages of her waitstaff since 2020, and has added benefits such as boosting healthcare contributions. She needs workers because business at the establishments has been brisk.

Customers sometimes face long waits. Ms. Ghattas hands them pagers and beeps them, sometimes an hour later, when their table or order is ready. Due to the labor shortage, she said she has scaled back the restaurant’s hours, closing shortly after lunch rather than remaining open for dinner.

Millions had joined the labor force over the past year, as workers got vaccinated and employers lured them with higher wages. That progress stalled last month as several hundred thousands workers fell out of the labor force, including many women between ages 25 and 54, according to the Labor Department. 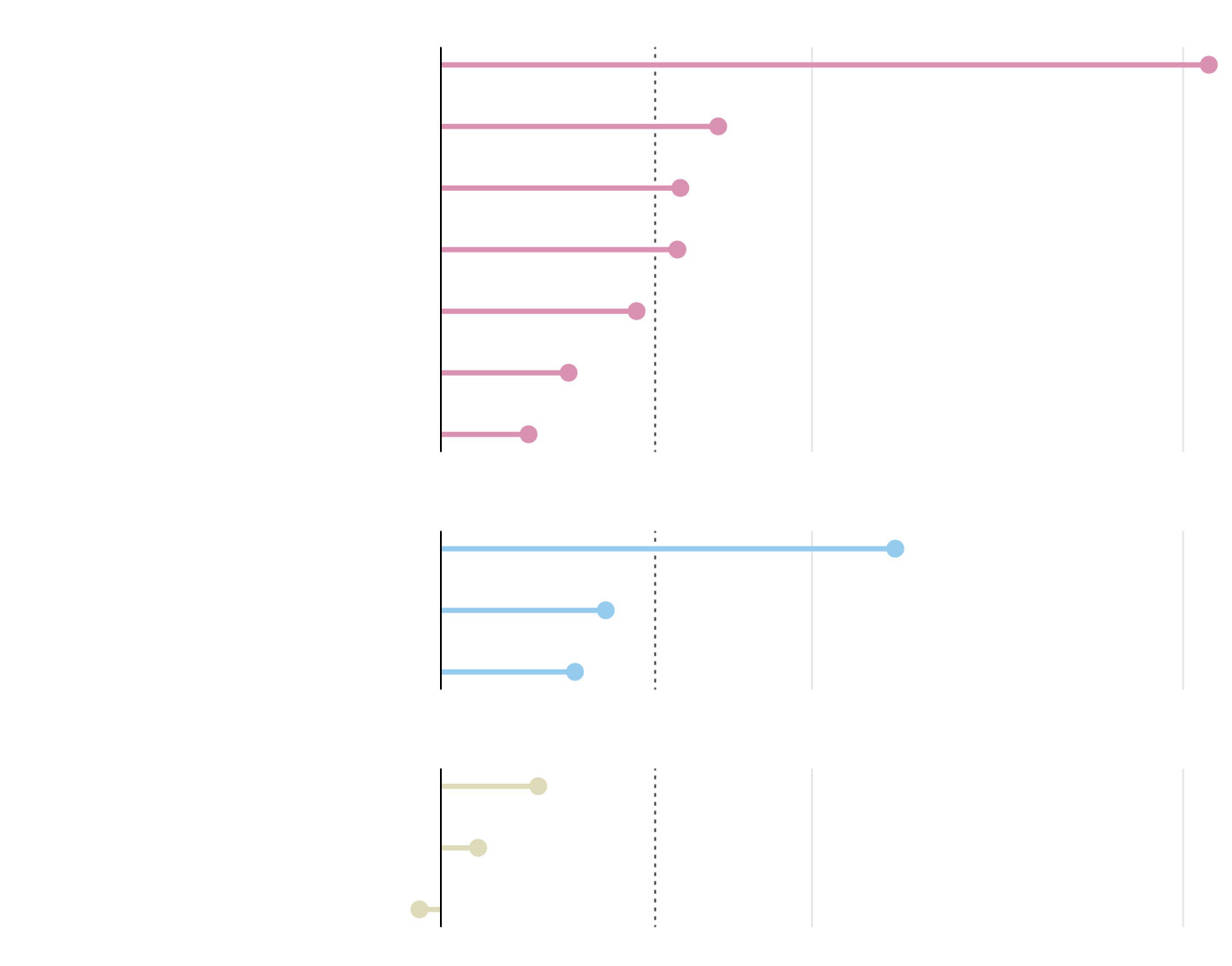 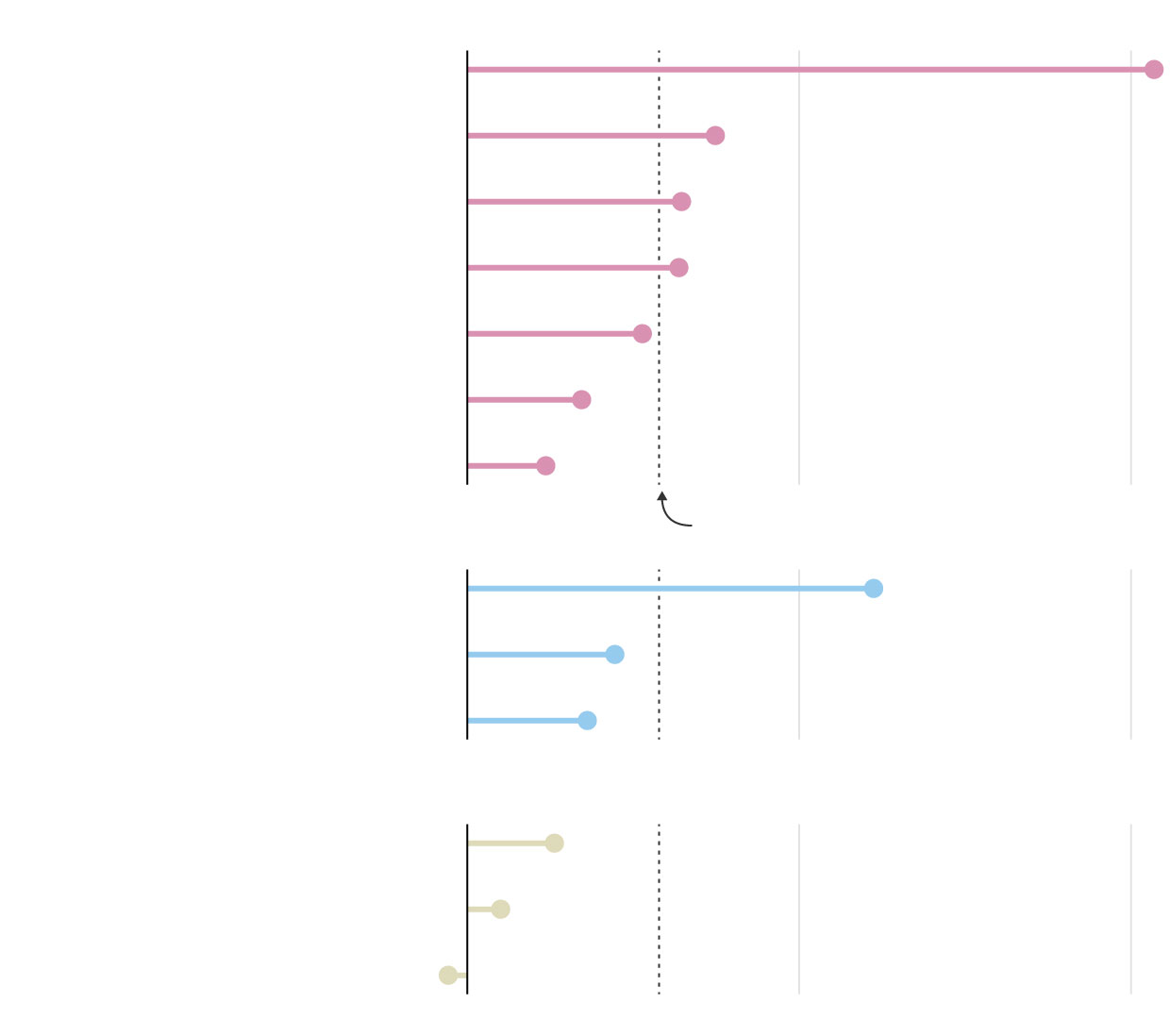 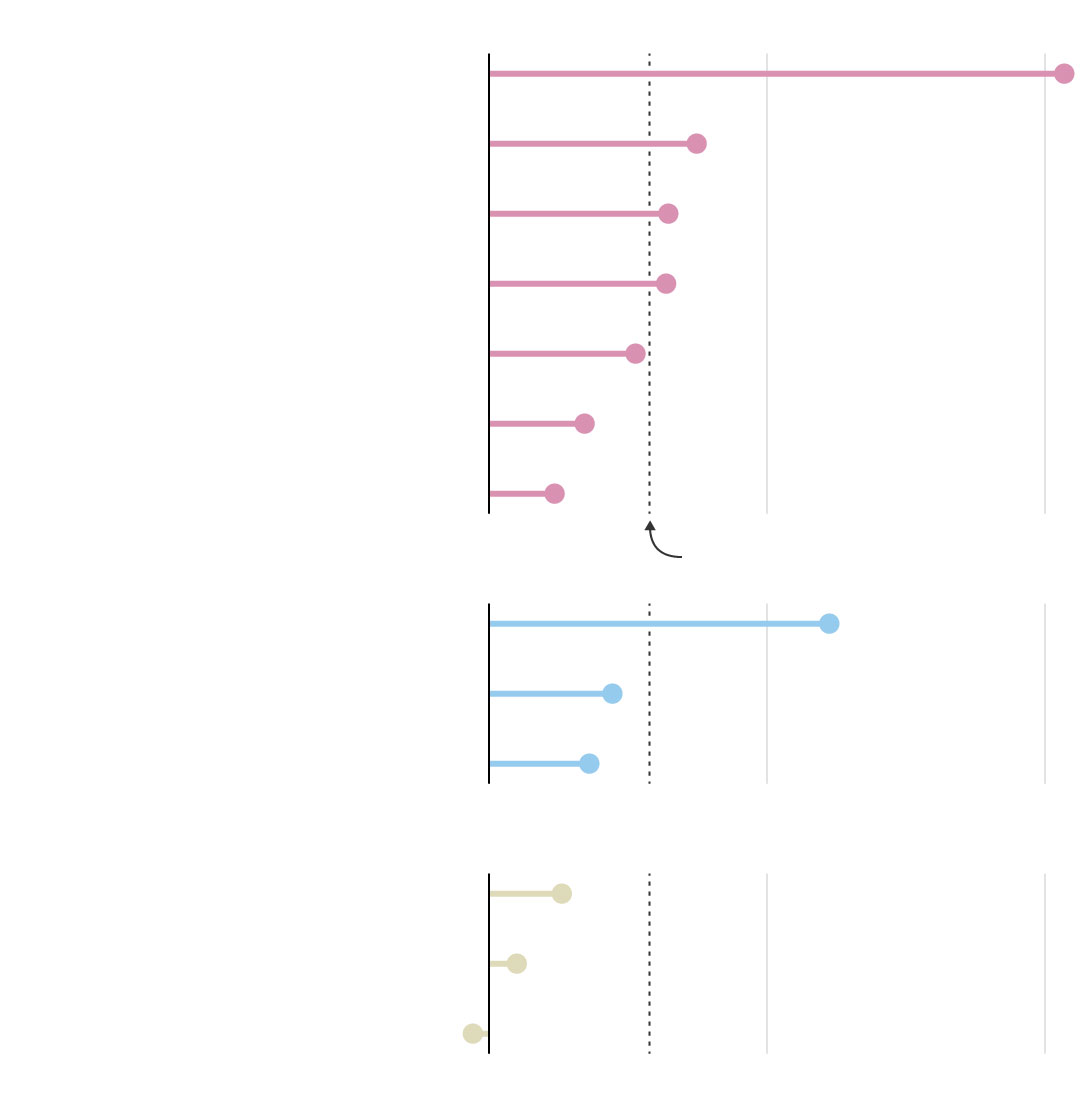 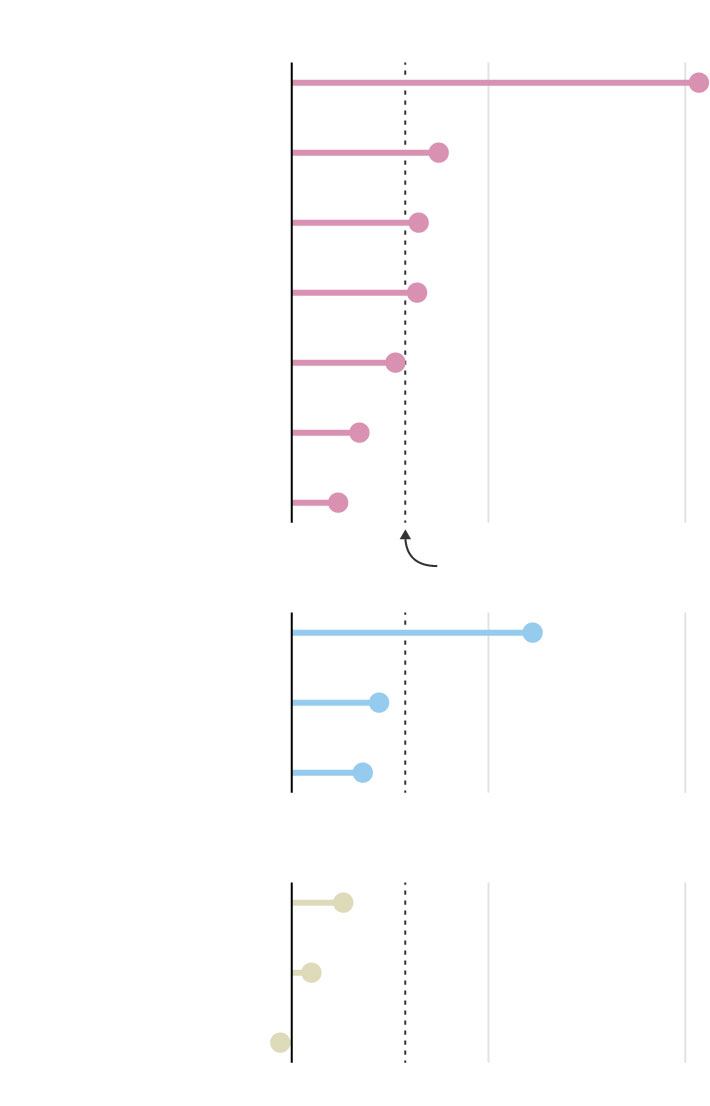 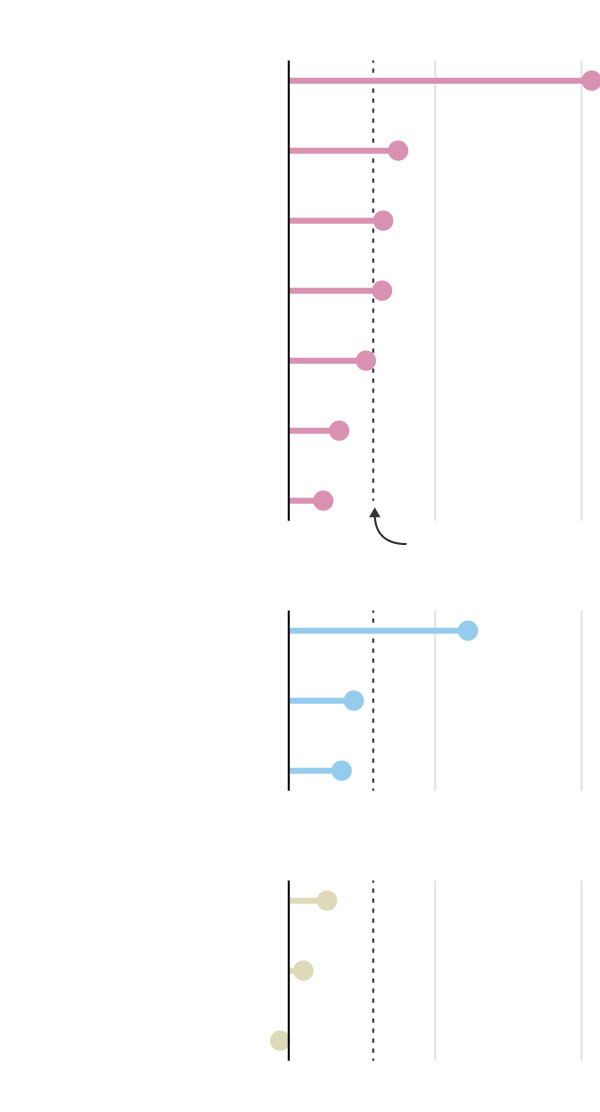 Economists were at a loss to explain the labor-force drop, given that Covid-19 infections and deaths have fallen sharply this year, the allure of higher wages and the urgency for a paycheck caused by rapidly rising consumer prices.

There are several reasons why the labor force is so tight. Chief among them: many older workers retired early during the pandemic.

New research also suggests that while infections and deaths from Covid-19 have fallen sharply this year, many would-be workers are still scared of catching the virus or passing it on to loved ones and are avoiding human contact, including searching for jobs. About 3 million adults are avoiding returning to work because of virus fears, according to the research.

To be sure, last month’s drop in the labor force could just be a one-month blip rather than the start of a trend.

One potential explanation is that many workers have become much more selective about the types of jobs and work environments they seek. Some are no longer willing to work long hours for meager pay doing strenuous tasks. Employers say some workers accept job offers and then never show up.

—Sarah Chaney Cambon and Harriet Torry contributed to this article.

Write to Josh Mitchell at joshua.mitchell@wsj.com