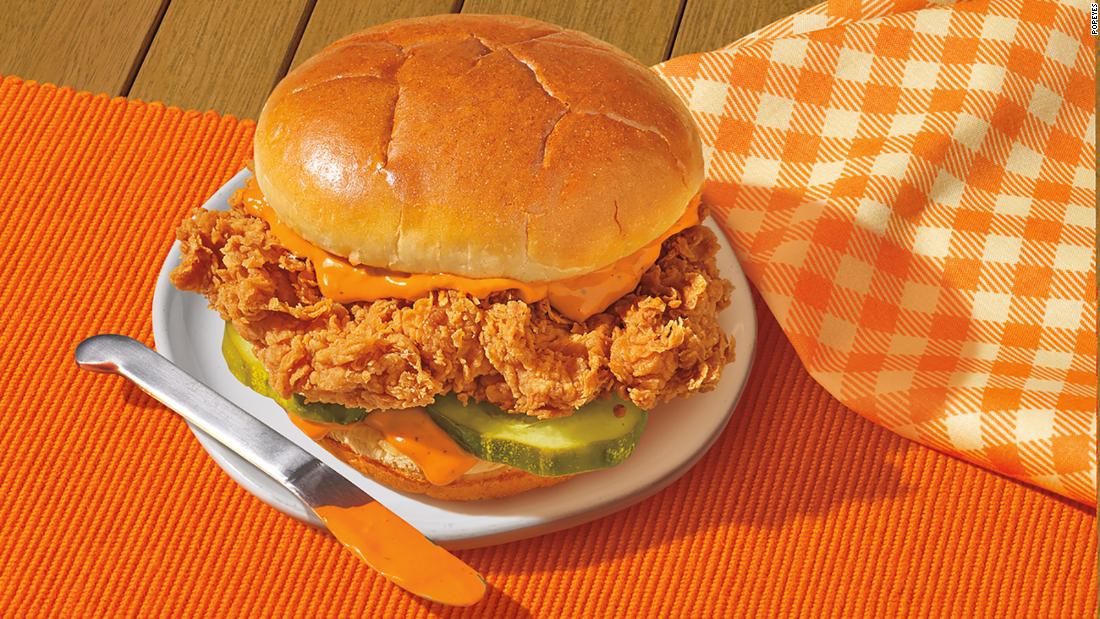 The $4.99 ​​Buffalo Ranch Chicken Sandwich is available for a limited time starting Tuesday, and it features classic ingredients with a twist: hand-battered crispy chicken on a brioche bun with pickles, but topped with a new sauce that’s a mix of buttermilk ranch and spicy buffalo.

When Popeyes first launched its chicken sandwich three years ago, the product sold out within a couple of weeks. Customers again turned out in droves when the sandwich returned to menus a few months later, once Popeyes had secured more supply of the ingredients.

But Popeyes’ runaway success with the chicken sandwich has significantly increased competition. McDonald’s, KFC, Wendy’s and others have launched their own new chicken offerings, and those efforts are paying off.
“Chicken sandwich volumes remain pressured by competitors which … started making their sandwich debuts in early 2021,” said Jose Cil, CEO of Popeyes’ parent company Restaurant Brands International (QSR), during a February analyst call.

In the first three months of this year, sales at stores open at least 17 months fell 3%, according to financial results posted Tuesday. In the United States, sales at those restaurants fell 4.6%.

As rivals’ efforts continue to weigh on sales, Popeyes is hoping the Buffalo Ranch Chicken Sandwich will entice customers.

Popeyes has also used its own original chicken sandwich as inspiration for other new products. In February 2021, the chain introduced a limited-time fish version made with flounder. The following summer, it added chicken nuggets to the menu.

And in October, Popeyes partnered with rapper Megan Thee Stallion on a hot sauce, designed to add spice to the brand’s chicken sandwiches and nuggets. Those new products are helping drum up new interest in the brand, Cil said in February.