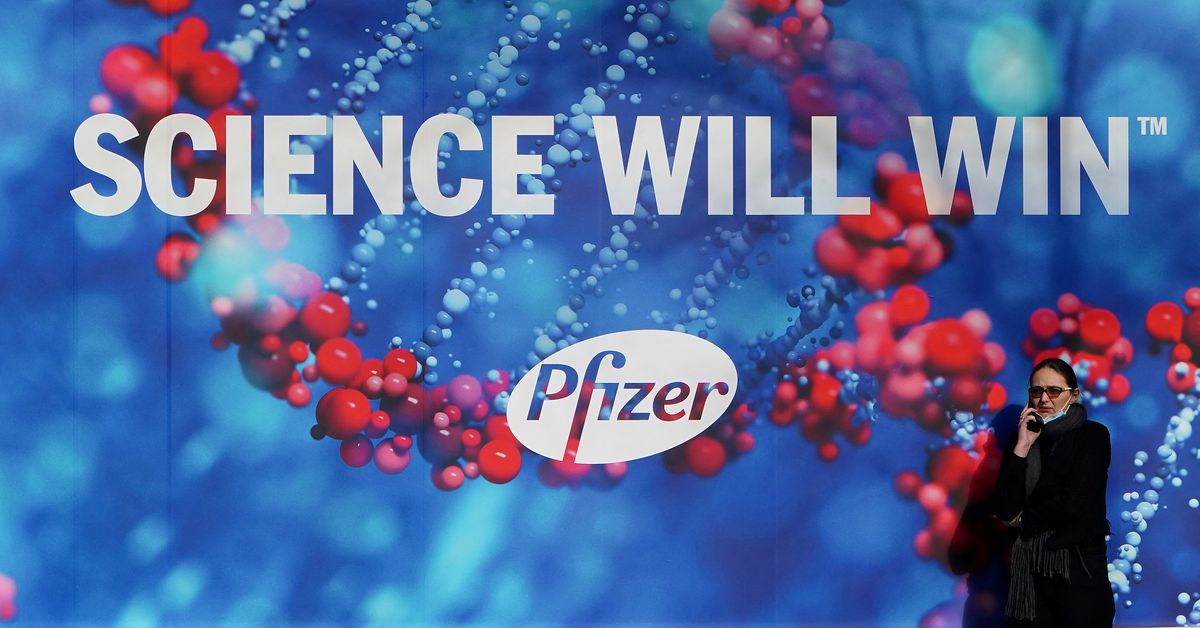 May 10 (Reuters) – Pfizer Inc (PFE.N) said on Tuesday it will pay $11.6 billion to buy Biohaven Pharmaceutical Holding Co (BHVN.N), making a big bet on its ability to boost sales of the top-selling pill in a new class of migraine drugs.

Pfizer is flush with cash from a once-in-a-lifetime surge in revenue from COVID-19 vaccines and therapeutics and has said it is looking to buy companies or drugs that could add at least $25 billion in annual sales by the end of the decade.

The primary asset Pfizer gains from the acquisition is Biohaven’s already approved Nurtec ODT, which belongs to a class of migraine treatments called calcitonin gene-related peptide (CGRP) inhibitors. The company also has six other migraine drugs in development.

Nurtec, which brought in sales of $462.5 million in 2021, competes with two CGRP inhibitor pills from AbbVie Inc . The top selling drugs in the class are injected drugs sold by Eli Lilly and Co (LLY.N) and Amgen Inc (AMGN.O).

Pfizer said it expects the pills to eventually overtake the shots.

The deal adds a “breakthrough migraine franchise into our portfolio, which we can then enhance and bring to even more patients with our commercial capabilities,” Pfizer Chief Business Innovation Office Aamir Malik said on a conference call.

Pfizer said it will double the size of Nurtec’s sales force, which will allow it to call on 70,000 additional doctors in the United States. It projected that CGRP inhibitor pills will eventually represent around 40% of prescriptions for migraine drugs, up from around 5% currently.

Under terms of the deal, Pfizer will acquire all Biohaven shares it does not already own for $148.50 per share in cash, a 78.6% premium to Monday’s closing price. It took a 2.6% stake in Biohaven in November.

Pfizer plans to spin off Biohaven’s non-migraine drugs into a new publicly traded company, it said. Biohaven shareholders will receive 0.5 shares of the new company for each share of Biohaven stock they currently own.

Along with much of the biotech sector, Biohaven’s shares had fallen sharply in recent months, losing 45% of their value since they hit $151.26 in October.

“One weight on the sector has been a relative lack of M&A of late, and … we think this news may be just what the doctor ordered to restore sentiment,” said Piper Sandler analyst Christopher Raymond.

The Biohaven deal is Pfizer’s largest since its $14 billion purchase of cancer drugmaker Medivation in 2016.

“Investors will like this deal,” Wells Fargo analyst Mohit Bansal said in a note. “Given Pfizer’s strong balance sheet, this is still a small acquisition and we would expect more such deals.”

Reporting by Manas Mishra in Bengaluru; Editing by Arun Koyyur and Bill Berkrot