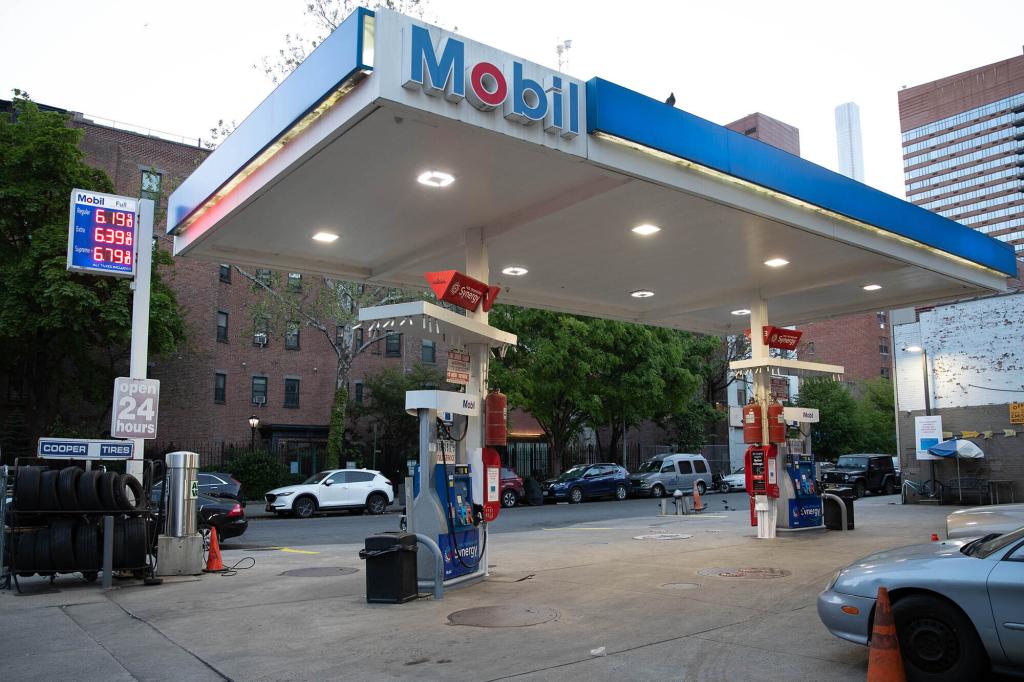 New York motorists have good reason to grumble this week as gasoline prices throughout the state hit an all-time high — with pump costs surging well above the record-setting national price tag.

In the New York City metro area, the average cost of a gallon of regular gas surged to $4.671 on Tuesday — the highest on record — with some individual stations charging more than $6, according to AAA data.

The average prices are up more than $1.50 per gallon versus the same day a year ago.

Nehal Syed, an employee who answered the phone at a Shell station on the Upper East Side, said customer complaints are on the rise alongside the high prices.

“Yeah, the people complain every single day about the high prices,” Syed told The Post. “You say, I cannot believe prices every day, high, high and high and I don’t know how we afford that.”

“I’m working more than 20 years on a gas station, but still highest price. I’ve never seen it,” he added.

Mark Serbar, a worker at a Shell gas station in East Harlem, noted that customer traffic has slowed down in recent days as prices ticked higher. He added that customers haven’t complained more than usual yet, though he acknowledged that “maybe they will later on.”

When asked if he expected prices to go higher, Serbar said, “I guess. I hope not. It depends on the oil market.”

A worker named Raj at a Mobil station in Long Island City had a blunter assessment of the situation.

Gas prices are outpacing the national average, which hit a fresh record this week as supply chain disruptions and the Russia-Ukraine war slam global energy markets. The previous record was established in March.

The national average price of a gallon of gas was $4.374 — an overnight increase of 5 cents.

AAA Northeast Region representative Patti Artessa noted that the cost of oil accounts “for more than half of the pump price” — meaning that prices will move higher if oil keeps creeping above $100 per barrel.

Prices are even higher in the state of California, where the statewide average is above $5.80 per gallon.

Oil prices jumped last week after the European Union indicated it was considering a ban on Russian shipments in response to the Ukraine invasion.