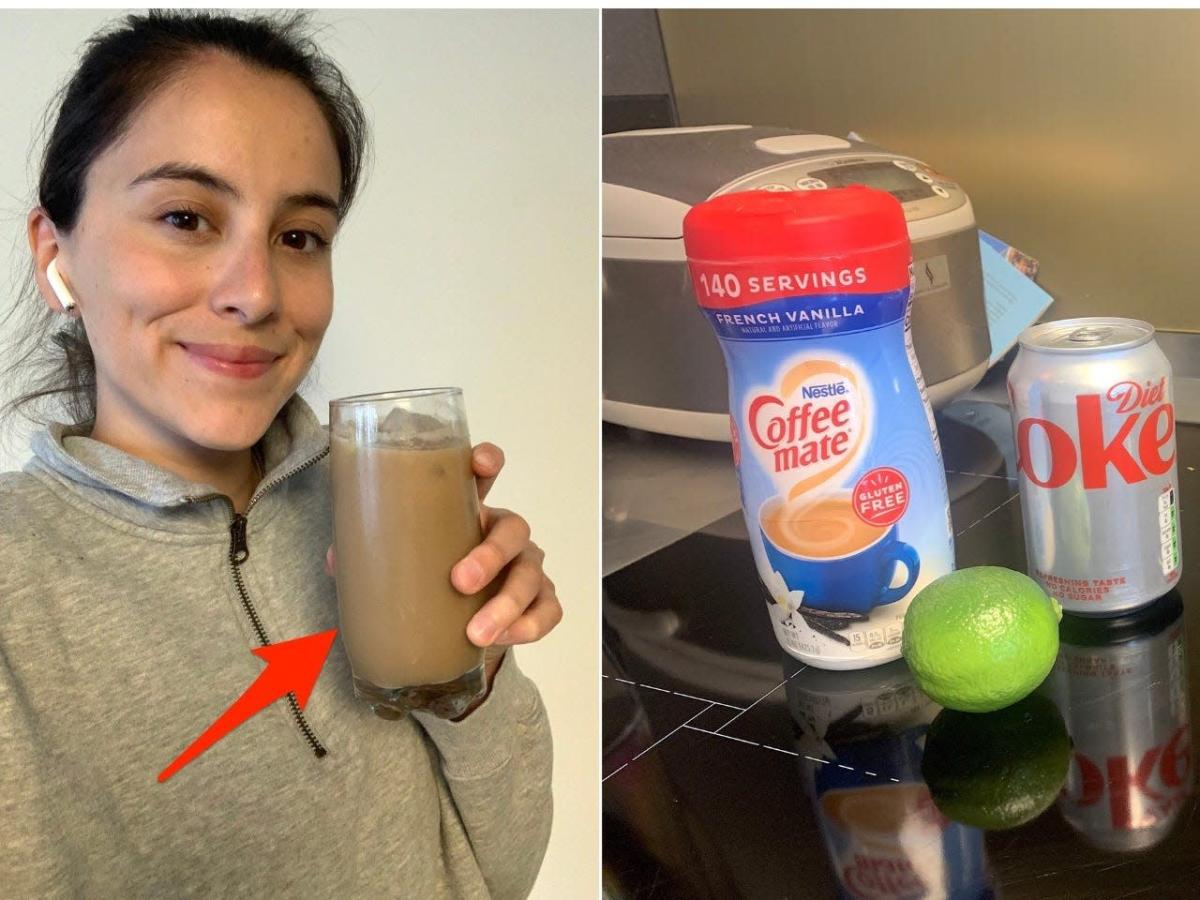 Like many others, I tend to start my day with a cup of coffee.

I’ve spent most of my life living in the UK, but I’m pretty sure that starting a day with a cup of coffee is a standard routine in most places around the world.

Whenever I’m at home, I stick to making coffee with a cafetiere – although, when I’m in the mood to treat myself, I pop out to grab a cappuccino at my local cafe.

While scrolling on TikTok, I saw a user claim it’s popular in Utah to mix coffee creamer with Diet Coke.

Up until recently, I had no idea just how popular diet coke with mix-ins was in Utah. While scrolling on TikTok I came across a video by user @toponlinefinds, who has over 2.4 million followers, replying to a comment left by someone confused that she’d put coffee creamer in her Diet Coke in another video she uploaded on January 20.

“People were so confused, and it was so shocking to me,” the user, who doesn’t use her name on TikTok, says in the clip uploaded on January 28 that has since amassed over 627,000 views. “If you’re from Utah, or have visited Utah, it’s as common as drinking water there.” They did not immediately respond to Insider’s request for comment.

As someone who isn’t from Utah, I was curious to find out more.

Utah has a large Mormon population. While coffee is prohibited in the religion, caffeinated soda isn’t.

According to World Population Review, nearly 70% of people in Utah identify as Mormon, which explains why there may be fewer coffee drinkers there as it’s prohibited in the religion.

In the years since, “dirty soda” outlets in Utah have cropped up. These stores, once called the “Mormon Starbucks” by the New York Times, sell soda spiked with flavored syrups, Insider previously reported.

The TikTok recipe by @toplinefinds is simple, although some ingredients were difficult to find at my local grocery store in the UK.

The recipe shared by @toponlinefinds includes:

Unfortunately, I wasn’t able to find pebbled ice or Coffee Mate liquid coconut creamer in my local store. Luckily, I’d previously visited the American Food Store in London where I picked up some French vanilla powdered coffee creamer from Coffee Mate so I ended up making do with that and regular ice cubes.

I started by turning my powdered French Vanilla Coffee Mate creamer into a liquid.

If you’re based in the US or have a liquid creamer at home, feel free to skip this step.

After making sure the powder had dissolved, I let the hot liquid cool down for 15 minutes.

While I was mixing the powder in steamy boiling water, I caught a whiff of French vanilla, which was quite heavenly.

After it had sufficiently dissolved, I let it cool down for around 15 minutes so that it wouldn’t melt the ice immediately as I poured it in with the Diet Coke.

Then I filled a glass with ice and poured in my Diet Coke.

Once the coffee creamer had cooled sufficiently, I got started by adding some ice cubes into a tall glass and poured in my Diet Coke. If I’m honest, I’m a regular Coke fan but I stuck with the viral recipe in order to give my true thoughts.

I definitely think having the pebbled ice would’ve given this a much more professional feel but at the end of the day, ice is ice.

Next up, I added in the creamer and a squeeze of fresh lime juice.

According to the TikTok user, fresh lime is a must, so forget using any pre-squeezed lime juice you may have in your fridge.

To add a little bit of spice, I popped a lime wedge into the drink.

Even though I didn’t have the pebbled ice, I wanted to add a little bit of fanciness to my version of this drink by slicing up some lime wedges.

The final product looked a lot like an iced latte — minus the lime wedge.

Then, it was bottoms up. And honestly, I was a fan.

Full disclosure, I have a bit of a sweet tooth so even though I’d never had this drink before, I suspected I’d be a fan. And I was — it was sugary, but not overwhelmingly so. If anything, it reminded me a little bit of Vanilla Coke, except with a mixed-in tang of the squeezed lime.

I enjoyed the combo so much that I ended up interrupting my boyfriend while he worked to give him a sip. Like me, his response was: “I am a fan.”

While I don’t think I’ll be making this at home again, if I saw this drink on a restaurant menu, I probably order it.

Even though I did really end up enjoying this drink, I probably won’t be swapping out my daily cup of coffee. My main reason is that I know there is some scientific research that suggests it isn’t the healthiest drink choice, and is linked to causing tooth decay and kidney damage after long-term consumption.

That said, I’m a big supporter of the everything in moderation mindset. If Diet Coke (or just regular Coke) and creamer catches on in the UK, I definitely wouldn’t say no to ordering it at a restaurant.

Read the original article on Insider