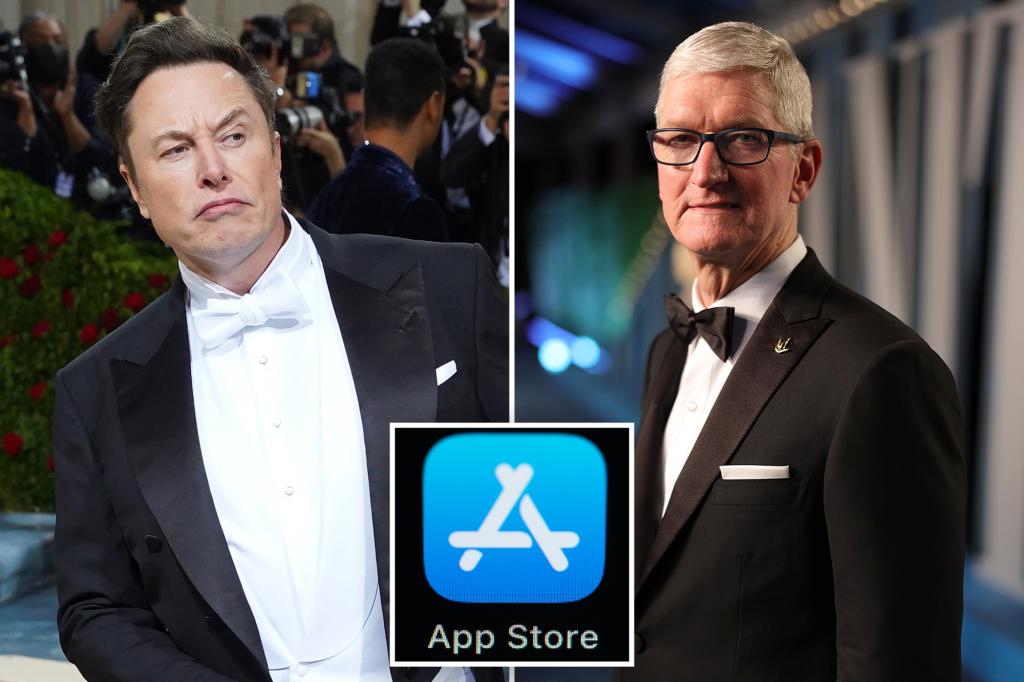 Elon Musk slammed Apple’s widely scrutinized practice of taking a 30% slice of revenue from transactions within its App Store on Monday – asserting that the fee was “definitely not ok.”

The Tesla CEO raised his concerns in response to detailing a complaint from European regulators who say Apple “abused” its leading market position to stifle competition for its mobile payments system, Apple Pay.

“Apple’s store is like having a 30% tax on the Internet,” Musk said.

Musk added that the App Store fee was “literally 10 times higher than it should be.”

Musk is the latest of several tech firms or leaders who have criticized Apple over the 30% fee – which applies to paid downloads and other purchases for developers earning $1 million or more in annual revenue through the store.

Apple representatives did not immediately respond to a request for comment.

Bloomberg reported that PayPal, the payments platform that Musk co-founded and later sold, played a key role in the potential European regulatory crackdown over Apple Pay – grumbling to the European Commission about the iPhone maker’s business practices.

U.S. regulators are currently eyeing action against Apple and Google over their app store business practices. One piece of legislation, the Open App Markets Act, would block online marketplace operators from giving preferential treatment to their own app, among other measures meant to promote a level playing field.

Musk previously slammed Apple’s App Store fees during the company’s high-profile legal battle with “Fortnite” maker Epic Games. Apple booted the video game company from its App Store in 2020 after it introduced its own payments system.

“Apple app store fees are a de facto global tax on the Internet. Epic is right,” Musk tweeted during the trial.

During the trial, an Apple executive revealed the company made at least $100 million in fees from “Fortnite” commissions during the time the game was available in the App Store.

A federal judge later delivered a split verdict in the case — though the ruling was largely in Apple’s favor.

Meta CEO Mark Zuckerberg also jabbed Apple in a June 2021 blog post detailing that Facebook would not charge creators for work posted on the social media platform through 2023.

“When we do introduce a revenue share, it will be less than the 30 percent that Apple and others take,” Zuckerberg said.