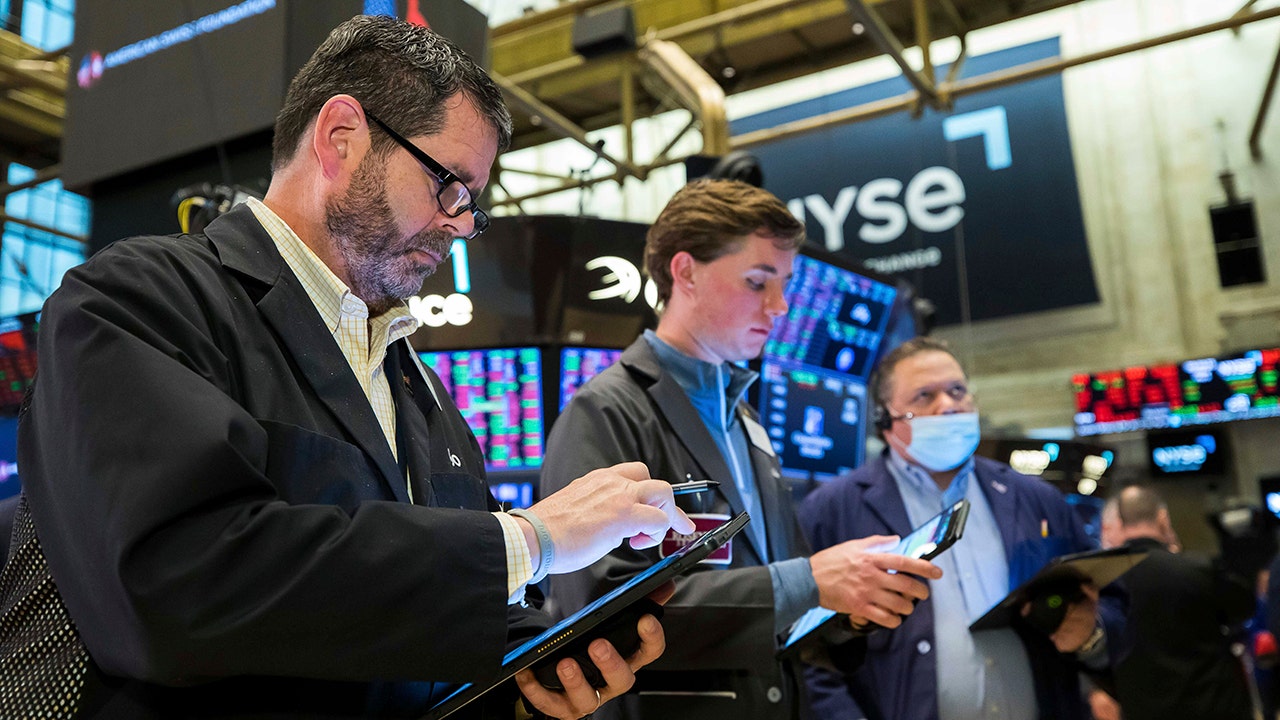 Erin Gibbs and Mitch Roschelle provide insight on the bond yield and the Federal Reserve on ‘Making Money.’

U.S. stocks fell sharply Monday, pushing the S&P 500 below the key 4,000 level as investors brace for another week of volatility amid a fresh report on inflation, as well as the winding down of the first-quarter earnings season.

The Dow Jones Industrial Average fell over 600 points or 2%, while the Nasdaq Composite fell 4%, and the S&P dipped to levels not seen since April 2021.

Large-cap tech contributed to a bulk of the selling, with Apple and AMD among biggest losers.

The 10-Year Treasury Yield remained above 3%. Currently, 436 companies in the S&P 500, or almost 90% of the benchmark index, have posted January through March results, and so far the numbers are well ahead of forecasts.

In earnings Tyson Foods bucked the selling as higher prices for beef, chicken and pork helped sales rise at the meat processor.

Rivian shares fell after Ford trimmed its stake in the electric vehicle maker by 8%.

Uber shares lost ground after the company confirmed to FOX Business that it will pare back hiring and focus on cost controls.

BATTERED U.S. STOCKS MAY NOT BE BARGAINS AS INVESTORS BRACE FOR INFLATION DATA

CHINA REMAINS AN OUTLIER IN A WORLD OF SURGING INFLATION

As crude dipped so did the major oil companies including Marathon, ExxonMobil and Chevron as lockdown worries in China threaten demand.