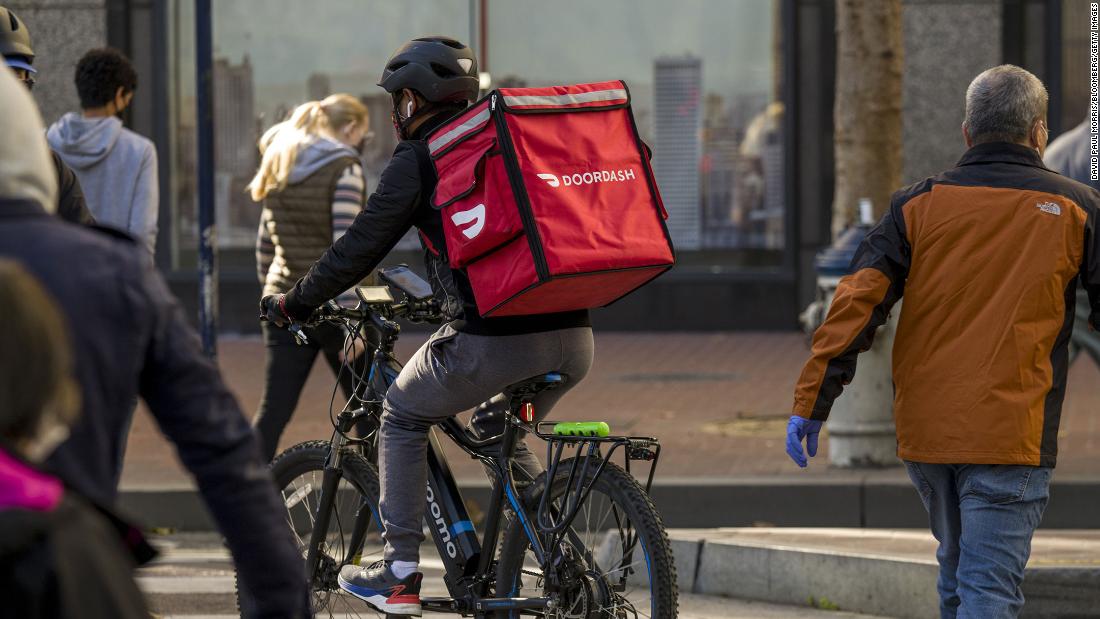 The on-demand delivery company said its order volume grew 23% to 404 million in the first three months of this year compared to the same period in 2021. Its revenue for the quarter jumped 35% from last year to $1.5 billion, beating the estimated $1.38 billion forecast from analysts surveyed by Refinitiv.

While DoorDash is still growing, that growth has noticeably slowed from the height of the pandemic. Order volume, for instance, had grown 219% during the same quarter last year but the rate of growth has fallen consecutively in each quarter since.

In a letter to shareholders accompanying its financials, DoorDash said it attracted more new customers in the most recent quarter than any other quarter in the past year. It also said that customers are ordering from its app more often, which it attributes in part to adoption of its subscription membership program, DashPass. The company reported 25 million monthly active users and 10 million DashPass members last quarter. It did not share updated metrics this quarter but said monthly active users and DashPass membership were at record highs.

Still, it reported a net loss of $167 million, higher than the $142.9 million Refinitiv analysts had forecast.

DoorDash made its Wall Street debut in December 2020, a high point for the sector amid incredible demand for its service fueled by the pandemic. But there have been hiccups since then — the company, whose stock opened at $182 per share on its first day of trading was down to $73 at market close Thursday, though it rose nearly 10% in after hours trading after reporting its financials.

While Airbnb’s business suffered in the early months of the pandemic, it reported record first quarter bookings — a major indicator that travel has since rebounded. DoorDash, on the other hand, was a major beneficiary of the public health crisis, which accelerated the adoption of online delivery — but how many people continue to order from restaurants and stores through delivery apps as pandemic restrictions ease has been an open question.

Uber, which also reported earnings this week and whose business offers a look into both travel (through its Rides business) and app-based food delivery (through its Eats business), said Rides bookings had exceeded pre-pandemic levels. Still, delivery bookings were up 12% compared to the same quarter in 2021, the company said.

On a call Wednesday to discuss earnings with analysts, Uber CEO Dara Khosrowshahi said: “Delivery has continued to surprise us positively as demand has remained resilient in a reopening world.”