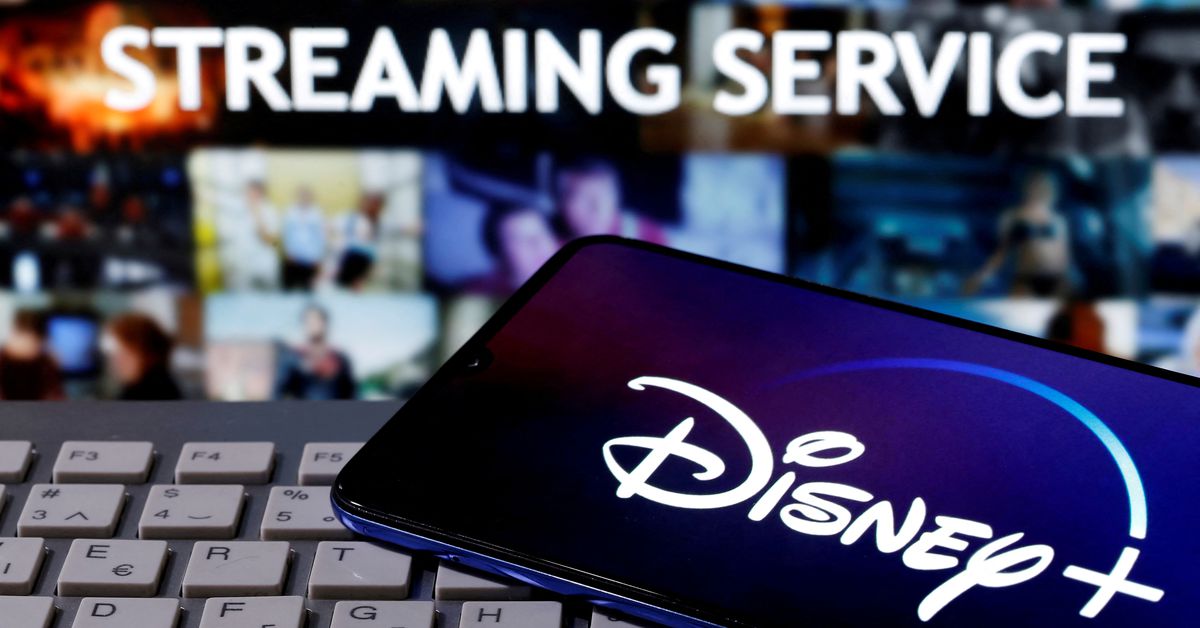 A smartphone with displayed “Disney” logo is seen on the keyboard in front of displayed “Streaming service” words in this illustration taken March 24, 2020. REUTERS/Dado Ruvic

Shares of Netflix have fallen 71% this year, and Disney shares are down 31%. The Mouse House is schedule to release its quarterly earnings report after markets close on Wednesday.

“We’ve reached a point of streaming saturation,” Forrester analyst Mike Proulx said. “Consumers have only so much time and money to allocate to the ever increasing streaming service options.”

The Disney+ streaming service is still growing. Analysts predict it will have attracted 5.3 million new subscribers through March for a total of nearly 135.1 million, according to FactSet estimates.

New sign-ups are projected to pick up to nearly 10.8 million from April to June, analysts estimate.

Disney reiterated in February that it expects to amass between 230 million and 260 million Disney+ subscribers by the end of September 2024.

The company needs to average nearly 9.1 million new customers per quarter to reach the low end of that range, or 11.8 million to reach the high end. Chief Executive Bob Chapek has said that growth may fluctuate from quarter to quarter.

Forrester surveys showed viewers were impressed by Disney’s original programming from its strong stable of entertainment brands, Proulx said, though some felt it was not updated enough.

Disney has been addressing this by adding ABC programming to Disney+, he said, and will debut the much-anticipated “Obi-Wan Kenobi” series May 27. Chapek has said Disney will up the pace of new programming by year’s end after facing COVID-related production hurdles.

MoffettNathanson analyst Michael Nathanson kept his “neutral” rating on Disney on May 2 but cut his price target by $20 to $130.

“Judging by the recent struggles of Netflix, the (streaming) business model isn’t as attractive as once thought,” he said.

Disney’s earnings-per-share for the March quarter are expected to reach $1.19, according to IBES data from Refintiv, boosted by strong parks results as pandemic-weary visitors crowded Disney World.

The parks unit “has bounced back ahead of expectations, and we anticipate the segment emerging from COVID-19 with more profit upside longer-term,” JP Morgan analyst Philip Cusick said in a research note.

The company has been in a battle with politicians in Florida, where officials passed a law that would revoke the self-governing status of Walt Disney World in June 2023 after Chapek opposed legislation to limit discussion of sexual orientation in schools.

Some critics have threatened to cancel Disney+ or Disney theme park vacations in protest.

Forrester’s Proulx said most consumers do not follow through on boycott threats and it is rare for businesses caught up in “cancel culture” to suffer a material financial impact.