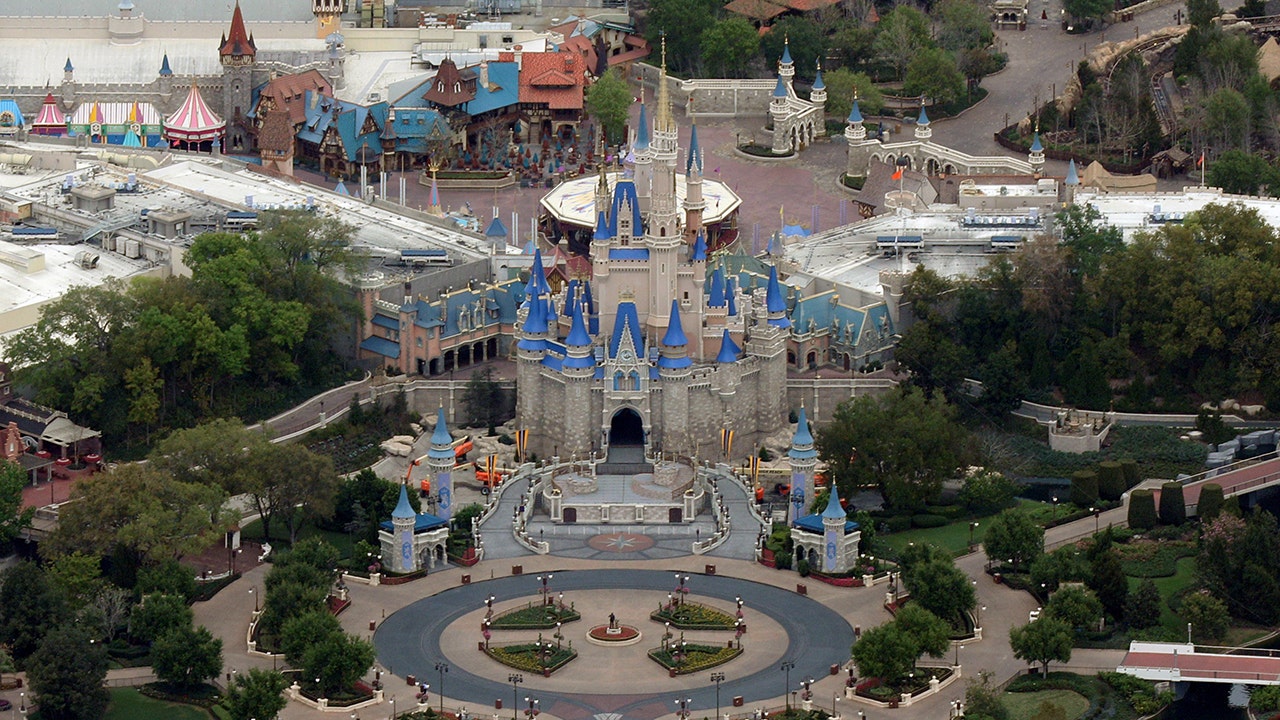 Disney executives touted strong subscriber growth for its Disney+ streaming platform and a robust rebound in attendance at the company’s U.S. theme parks in an earnings call on Wednesday.

Analysts instead focused on how inflationary pressures will impact Disney’s business, whether Netflix’s subscriber loss foretells Disney+’s fate, and how China’s zero-COVID strategy is impacting parks in Asia.

Disney added 7.9 million Disney+ subscribers in the second quarter, which CEO Bob Chapek said puts the company on track to reach its goal of 230 to 260 million subscribers by 2024.

“The growth of the platform since its launch reinforces its unique nature,” Chapek said during Wednesday’s earnings call. “Quite simply, we believe Disney plus is one of a kind, a service based on exceptional branded content.”

The newly painted Cinderella Castle at the Magic Kingdom at Walt Disney World is seen with the crest to celebrate the 50th anniversary of the theme park Monday, Aug. 30, 2021, in Lake Buena Vista, Fla.  (AP Photo/John Raoux, File / AP Newsroom)

Netflix announced last month that it lost about 200,000 subscribers in the first quarter, roiling investors and contributing to a 72% decline in the streaming giant’s stock so far this year.

Inflation, which spiked 8.3% in April, was also at the top of investors’ minds,

“It’s very difficult to accurately forecast the potential financial impact due to the fluidity of the situation,” Disney CFO Christine McCarthy said on Wednesday’s earnings call. “But you can trust that we are fully aware of it and we’re working hard to mitigate any pressure on the margin.”

Closures at Disney’s theme parks in China, which is dealing with its largest COVID-19 outbreak since the pandemic began, could adversely impact revenue by up to $350 million in the third quarter versus 2021, McCarthy said.

Despite that, attendance at domestic parks has rebounded, leading to $6.65 billion in park revenue.

“We’re obviously extremely pleased with our domestic parks operations and how they have come back so robustly,” Chapek said.

DISNEY REVEALS INSIDE OF NEW ‘GUARDIANS OF THE GALAXY’ ATTRACTION

It remains to be seen how Disney’s rift with Florida Gov. Ron DeSantis will play out.

Disney originally slammed Florida’s Parental Rights in Education bill, which prohibits lessons about sexual orientation and gender identity in kindergarten through third grade, when it was first passed in March.

“Florida’s HB 1557, also known as the ‘Don’t Say Gay’ bill, should never have passed and should never have been signed into law,” the company said at the time. “Our goal as a company is for this law to be repealed by the legislature or struck down in the courts.”

After DeSantis signed the bill last month dissolving Disney’s private government, a group of Florida citizens challenged the law in court, but a judge dismissed the lawsuit on Tuesday.

Shares of Disney stock closed down 2.29% on Wednesday.