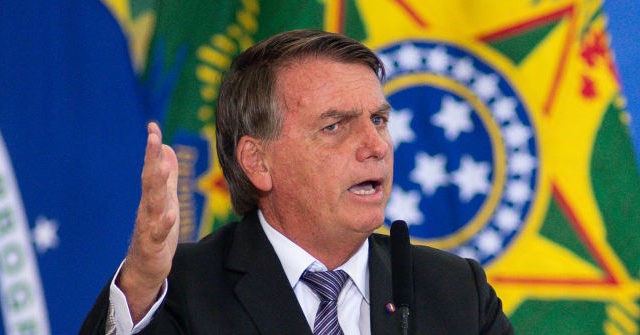 Brazilian President Jair Bolsonaro declared “war” on government oil company Petrobras during a live broadcast online on Thursday evening over what he called “absurd” profits that were tantamount to the “rape” of the Brazilian people.

Petrobras is a mostly government-owned oil company with some private shareholders. Out of respect for the latter, Bolsonaro, a conservative, said he would not directly intervene to lower gasoline prices, but warned that Brazil would “break” as a country if the company did not lower prices and accept slightly lower profit margins in the interest of the greater good.

English-language outlets covering Bolsonaro’s comments noted that he is running for reelection this year against socialist ex-president Luiz Inácio Lula da Silva this year, who used his power to force Petrobras to lower prices (and was convicted on charges related to a sprawling corruption scandal in which Petrobras was a main actor). Bolsonaro has been feuding with the oil company for much of the past year regarding fuel prices, however, and fired its CEO in March.

“Many oil companies around the world have reduced their prices, lowered the profit margins of their companies. What for? To help their country not break,” Bolsonaro continued. “Brazil, if it has one more price increase, it can break. And Petrobras staff don’t understand, or don’t want to understand, or are just looking to make a profit.”

“I appeal to Petrobras, because I have no way of interfering – look at the abusive profits you have. It is so true that it is abusive that they have grown with the price of oil abroad. Who pays the bill? The Brazilian people,” the president railed.

“That’s what the government of Dilma [Rousseff] and Lula, especially, did also,” Bolsonaro said. “And it caused Petrobras to have a 900 billion [reais, $178 billion] over the interference in the price of gasoline, among other actions aimed at corruption. Intervention is out of the question.” 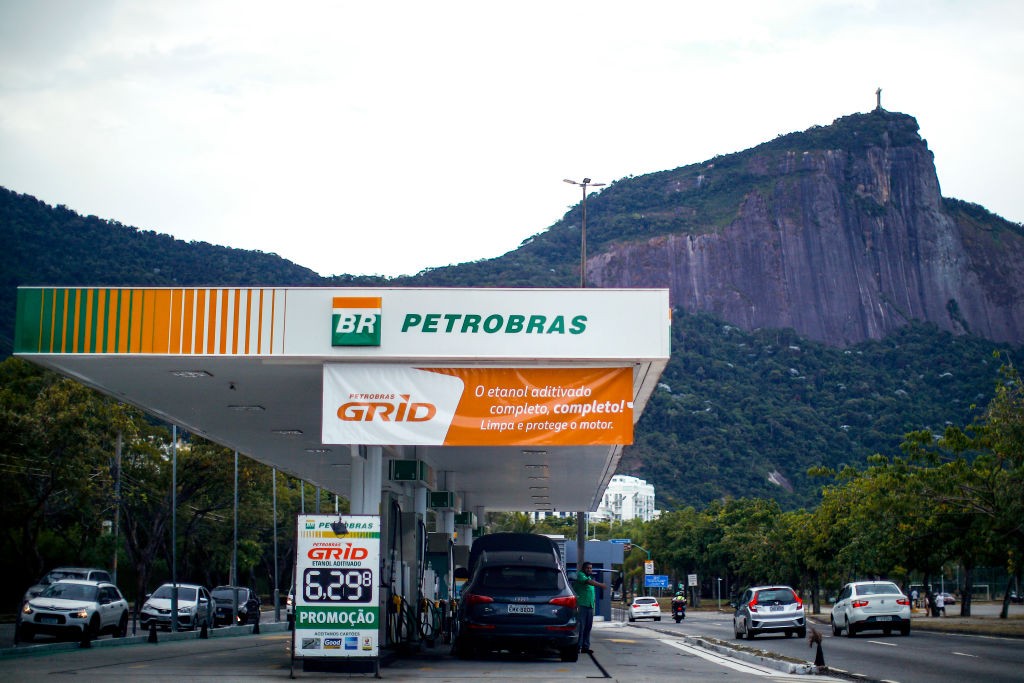 A Petrobras gas station near the statue of Christ the Redeemer at south zone of the city on March 12, 2022 in Rio de Janeiro, Brazil. (Buda Mendes/Getty Images)

The financial content service Seeking Alpha warned that “former President and felon” Lula da Silva winning the presidency would potentially cut into those profits because of his record as president between 2003 and 2011, as Bolsonaro mentioned.

“During his first presidency, Lula required Petrobras to sell diesel and gasoline below market prices, driving losses in the company’s downstream segment,” Seeking Alpha explained. “Much has changed at Petrobras (PBR) since, as Brazil has developed its offshore resources by partnering with Shell (SHEL), Total (TTE) and other majors. Brazil is now a major oil exporter. Nevertheless, risks stemming from the upcoming election loom large, causing many investors to shy away, despite incredible dividend payouts.”

Lula da Silva and his successor and protege, Dilma Rousseff, presided over the country (and Petrobras) during the execution of a years-old, multipartisan corruption scheme that came to be known as “Operation Car Wash,” in which the federal government overpaid private companies for public works projects in exchange for the companies kicking the money back to politicians. Lula was convicted and sentenced to up to 25 years in prison for buying a luxury beachfront property with money circulating through “Operation Car Wash,” but the top court, the Supreme Federal Tribunal (STF), overturned his conviction last year, allowing him to run against Bolsonaro.

Lula initially responded to being investigated for corruption by comparing himself to Jesus; this week, running against Bolsonaro, he compared himself to NFL legend Tom Brady in an interview with Time magazine.

“In early March, Petrobras upped the price of gas by 18.8 percent and diesel by 24.9 percent, citing the ‘worldwide increase in the price of oil and its derivatives as a result of the war between Russia and Ukraine,’” Agence France-Presse (AFP) reported at the time.

Brazilians will elect their president in October.