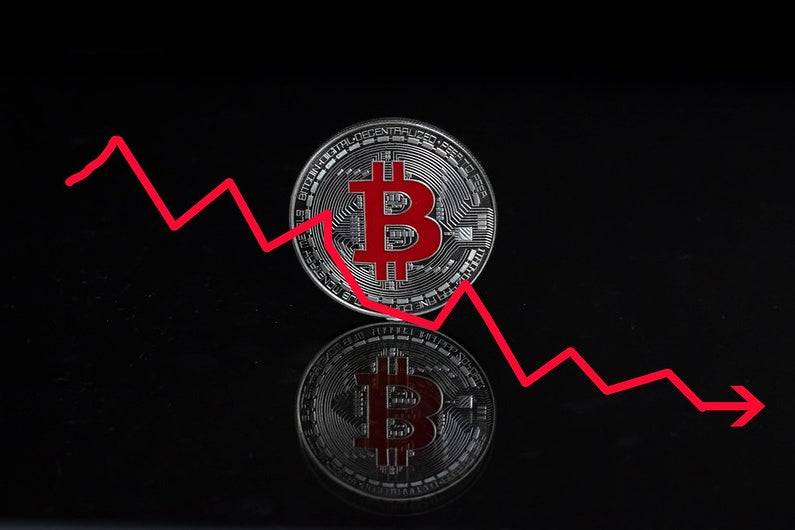 Crypto billionaire Brock Pierce says the Bitcoin may fail spectacularly and suggests that investors should refrain from going all-in on the leading crypto asset.

“Bitcoin could go to zero. So it’s a binary outcome. It’s either going to go to $1 million a Bitcoin or zero. So it’s going to be one or the other, so you shouldn’t put everything there,” he said.

Pierce notes that the current crypto market scenario reminds him of the tech bubble over two decades ago, when a culling of internet startups took place.

Also Read: Bank Analysis On Why Bitcoin Can’t Serve As An Inflation Hedge

“This reminds me a lot of 1999, right? We are in that phase. And what came out of that? eBay and Amazon, and other interesting businesses came out of the Dot-Com sort of 1.0 era. And a bunch of it went to zero. And I think that will probably be true of what we see here,” he adds.

Another crypto trader, Tone Vays says the Bitcoin looks “absolutely terrible” as it flashes multiple bearish signals. It will likely take months before Bitcoin can carve out a bear market bottom.

He says that Bitcoin will likely continue its downward trajectory and take out its psychological support at $30,000 unless bulls step up to the plate soon.

“We need to get back into this triangle sometime this month. Otherwise, this is the future. This is the path for Bitcoin. Hopefully, it happens, say, next month, and maybe it’ll end at around $23,000,” Vays adds.

Vays also says, “When something is falling, I don’t just jump into catching a falling knife. You need some reason to do it, and feelings are not a reason. Either we need an imminent crash down into the $20,000 range, mid-$20,000 range, or we are going to give it another six months of frustration and then either way, the bear market ends.”