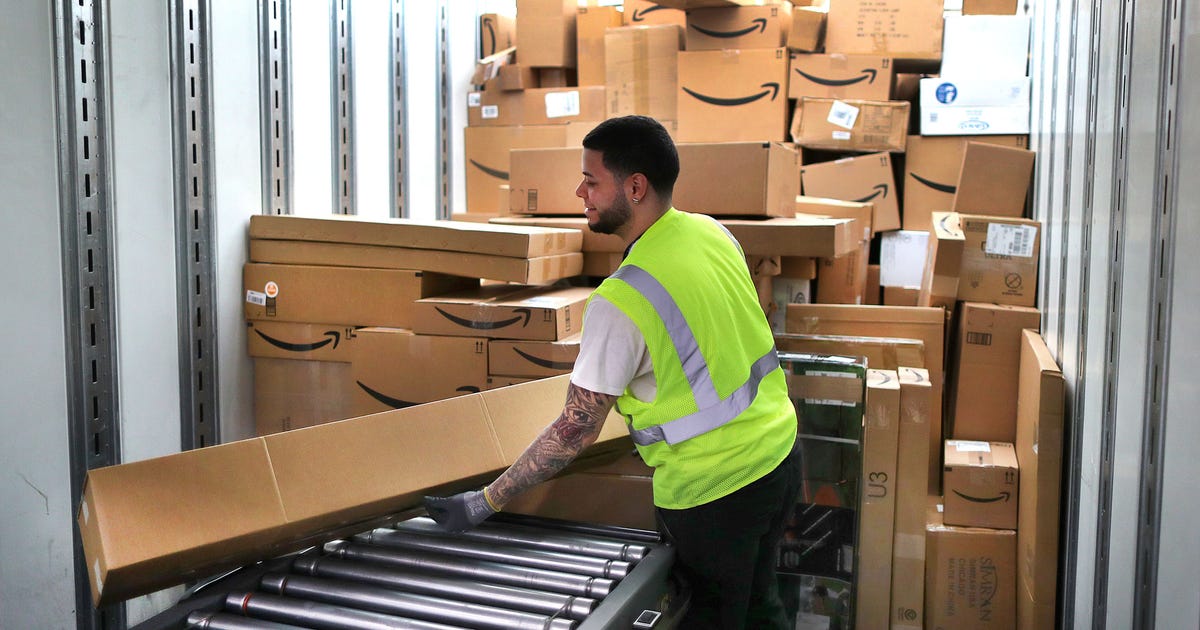 Amazon workers voted not to join the Amazon Labor Union in an election tallied Monday.

It’s part of a larger organizing effort at Amazon, which saw another Staten Island warehouse vote to unionize earlier this year.

The union says it will keep organizing at the warehouse and other Amazon facilities.

Amazon workers voted against union representation at a warehouse in Staten Island, according to a Monday tally, a decisive loss that come a month after a neighboring facility voted to organize.

Workers rejected the Amazon Labor Union, which sought to represent them, with 380 yes votes and 618 no votes. The number of remaining challenged ballots wouldn’t change the outcome if counted, according to the National Labor Relations Board.

“The organizing will continue at this facility and beyond,” the ALU said in a tweet that acknowledged the defeat. “The fight has just begun.”

Amazon spokesperson Kelly Nantel said in a statement the company is glad the workers’ voices were heard. “We look forward to continuing to work directly together as we strive to make every day better for our employees,” Nantel said.

The loss came amid a rise in labor organizing around the country. Workers at more than 150 US Starbucks stores have requested union elections, and more than 40 of the coffee chain’s stores have voted to join Workers United. Google Fiber contractors in Missouri signed on in March with the Alphabet Workers Union, an umbrella union representing employees of Google’s parent company. A New York City REI store also organized last month, voting to join the RWDSU as the company’s first unionized retail outlet.

The labor activity comes as corporate employees and hourly workers find themselves with renewed leverage, with workers leaving jobs in what has come to be called the Great Resignation. Employers have offered higher wages and better benefits to blunt the departures. These improvements, however, haven’t satisfied Amazon organizers, who’re demanding better break policies and a reduction in physically demanding quotas that critics blame for the e-commerce giant’s high injury rates.

Progress in unionizing Amazon facilities has been in fits and starts. A month ago the ALU won the right to represent Amazon workers at another Staten Island warehouse, a first for any Amazon facility in the US. But a separate vote rejected unionizing in Alabama though enough challenged votes remain uncounted to potentially change the outcome.

Amazon has seen a rise in labor organizing activity over the past two years. The ALU was formed by Staten Island workers who walked out over COVID-19 protections in 2020. Separately, Amazon workers at a warehouse in Bessemer, Alabama, have voted twice on the question of whether to join the Retail, Wholesale and Department Store Union.

Other Amazon labor groups have skipped union elections and opted instead to make collective demands for higher wages, more paid sick time and the right to carry phones at work in case of emergencies.

Amazon told its workers at the second Staten Island facility that unions get in the way of communication between workers and their managers. The company has hired anti-union consultants and held “captive audience” meetings, or mandatory gatherings at which paid persuaders argue against the unions at the warehouses where organizing drives have taken place.