President Joe Biden was treated to his favorite treat for Thanksgiving dessert on Thursday – ice cream. 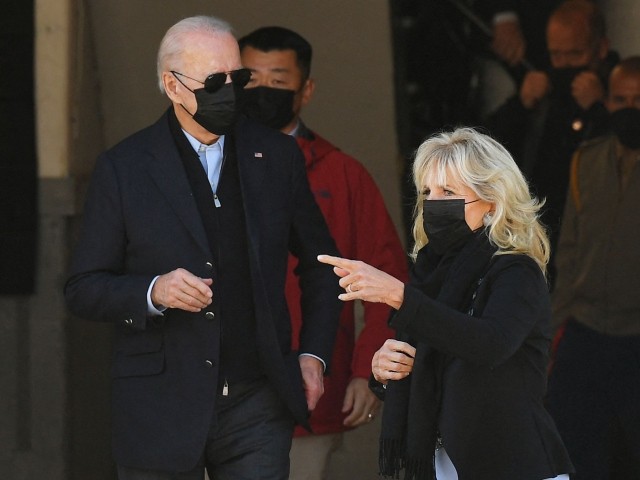 US President Joe Biden and First Lady Jill Biden are on their way to greet members of the Coast Guard at US Coast Guard Station Brant Point in Nantucket, Massachusetts on November 25, 2021. – Biden is in Nantucket to spend Thanksgiving. (Photo by MANDEL NGAN / AFP via Getty Images)

The president celebrated Thanksgiving with his family on a $ 30 million property on Nantucket Island in Massachusetts, a tradition of the Biden family since 1975.

For dessert, Biden had three kinds of pie, pumpkin, apple and coconut cream as well as chocolate ice cream.

Earlier on Thanksgiving, Biden traveled to a local Coast Guard station to speak with troops abroad to thank them for their service. He also called in to Macy’s Thanksgiving Parade in New York City and surprised Al Roker.

“My message is: After two years, you’re back. America is back. “There is nothing we are not capable of overcoming, Al,” he said.

The president’s love of ice cream is well documented, as he typically goes out of his way to try local ice cream shops while on the go.

In May, Biden advised journalists and spectators and Republicans to eat “Chocka Chocka Chip” ice cream during a visit to an ice cream shop in Ohio, which sparked cries of awe from his audience.