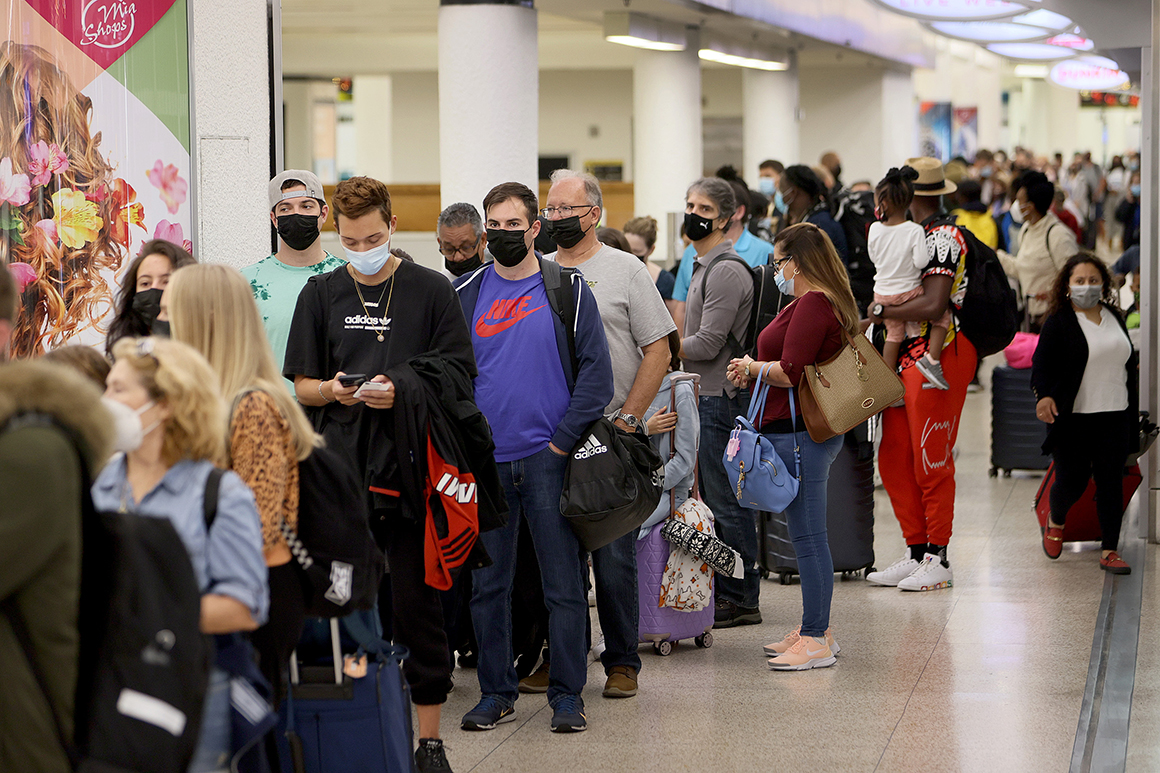 Although the FAA has introduced a zero-tolerance policy against mask-disobedience and other misconduct and has handed out record fines, flight crew unions have complained that the DOJ prosecution has lagged behind and called on the administration to do more to punish behavior.

Earlier this month, the FAA referred 37 cases of aggravated misconduct by travelers to the DOJ, noting that they believe they all meet the standard of potential prosecution. A spokesman for the FAA said Wednesday it has not passed any further cases since.

“The unacceptable disruptive behavior we are seeing is a serious security threat to flights, and we are committed to our partnership with the DOJ to combat it,” said FAA Administrator Steve Dickson.

Background: The FAA and DOJ have established an information sharing protocol for the FAA to refer unruly passenger cases to the FBI for review of criminal cases. The increased coordination came as a result of a joint meeting in August, where the agencies discussed a better method of communicating the most serious cases to potential criminal prosecution.

Passengers are not only subject to criminal prosecution – the FAA can also propose civil sanctions of up to $ 37,000 per person. violation. In a recent case, the FAA proposed a fine totaling more than $ 40,000 to a man accused of drinking, smoking marijuana and sexually assaulting a Southwest Airlines plane in April.

According to FAA’s latest statistics, there have been 5,338 reported unruly passenger incidents this year, of which 3,856 were related to mask compliance. The Agency has launched 1,012 investigations and intervened in 266 cases.

The DOJ has previously said it had charged 25 people with disrupting flight crew members over the past 13 months, but earlier this month a spokesman could not describe how many of those cases have been prosecuted.

Call to flight ban list: Apart from prosecution, leaders of flight crew unions and transport workers have repeatedly pushed for the creation of a database that will contain lists of people who have been banned from flying with individual airlines. That idea has the support of House Transportation Chair Peter DeFazio (D-Ore.), who has proposed a “common database” where airlines can share lists of prohibited passengers with each other. However, there has not yet been any movement to introduce such a thing.

What’s next: Garland has also asked attorneys to communicate “to the relevant federal, state, local, tribal and territorial prosecutors and law enforcement agencies” – including airport law enforcement – in their districts that these cases should be given the highest priority. “Contact with the relevant agency or agencies should be made as soon as possible within the next 20 days,” Garland said.