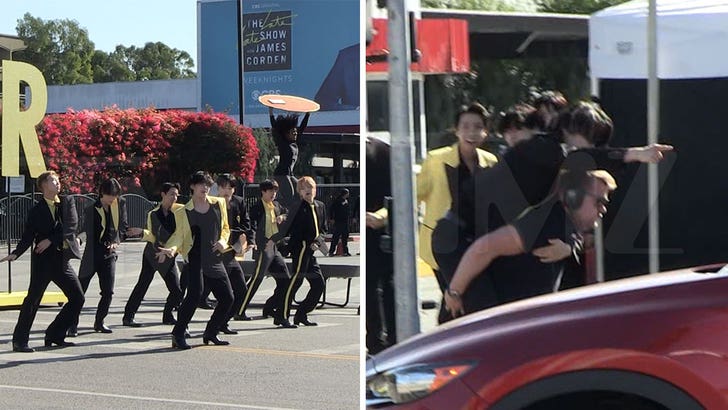 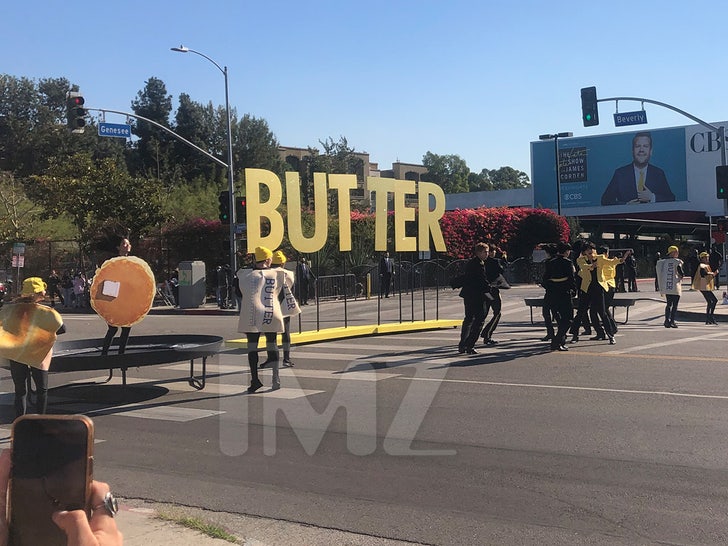 This is where Corden films his ‘Late, Late Show’ … and it seems that he and his team have coordinated an extensive dance routine of a kind that blocks the roads – complete with costumes, signs, a trampoline .. and probably also some BTS music. 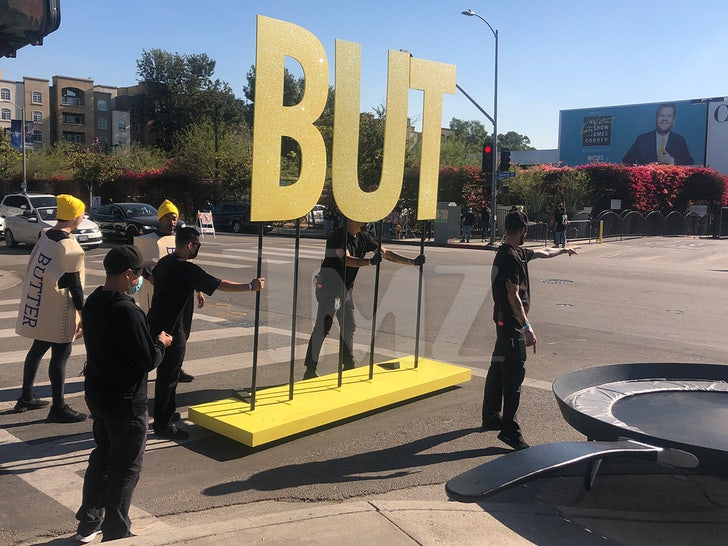 Based on what we can see here … they join the group’s huge hit, “Butter”, which has been at the top of all sorts of music charts lately – symbolic of their attraction in general, these guys are very much so at the top of the world. 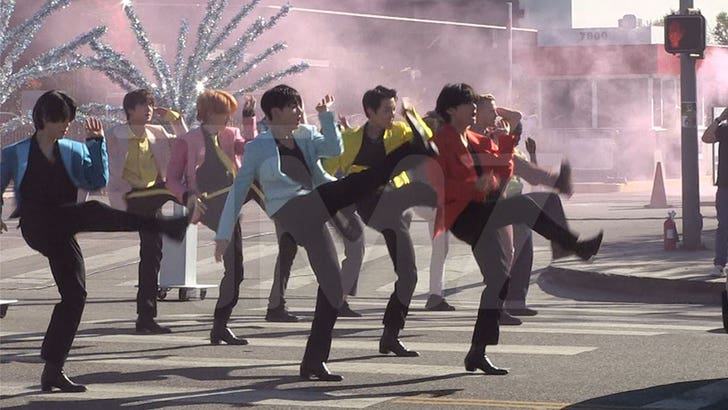 Not only have they been nominated for another Grammy this year, but they have just cleaned up the AMAs – with a total of three trophies to take home – and are selling out concerts everywhere they go, including here … they have a show this weekend at SoFi Stadium, and tickets resell for a fortune (about $ 600 for nosebleeds, just for reference). 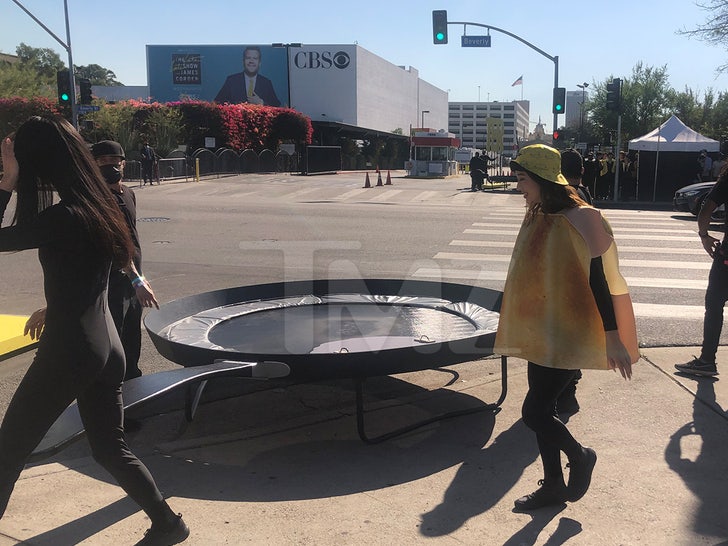 Of course, Corden knows talent when he sees it – so it’s no surprise that he’s pulling out of the segment they’re filming right now. Plus, this is right up your alley anyway … flash mob-style extravaganzas that stop people in their tracks and their cars.

Can’t wait to see it when it airs later tonight!