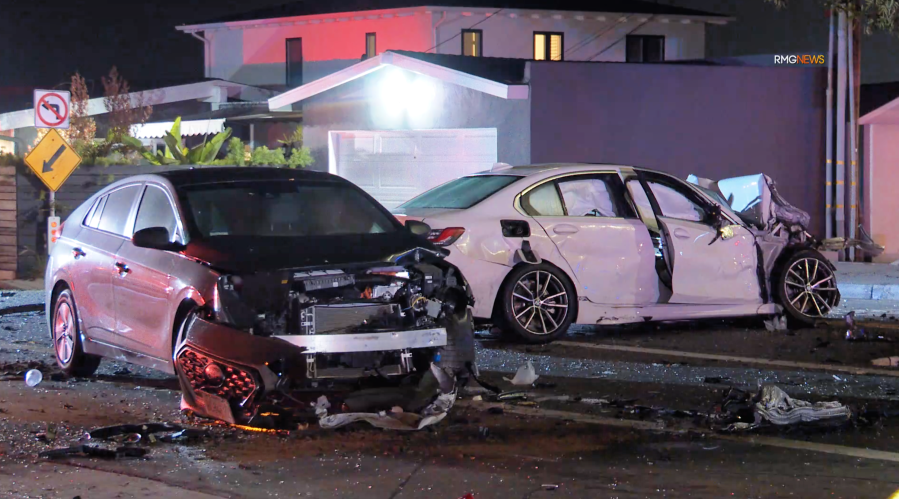 Three people were killed and three others were injured in a collision with several vehicles that sent a car into a building on Manhattan Beach late Tuesday night, police said.

Officers responded to reports of a collision around 10:45 p.m. at the intersection of Marine Avenue and Sepulveda Boulevard.

Two men and a woman were pronounced dead at the scene. Officials have not released information about their identities.

Two more adults and a child were taken to a hospital in unknown condition, Pereira said.

The impact of the collision scattered dirt all over the intersection, and what appeared to be a vehicle’s engine compartment was sent flying towards a building.

A car, a white Toyota Prius, drove into a nearby music store.

It is unclear what triggered the accident.

The cause of the collision remained under investigation Wednesday morning and no further details were immediately available.