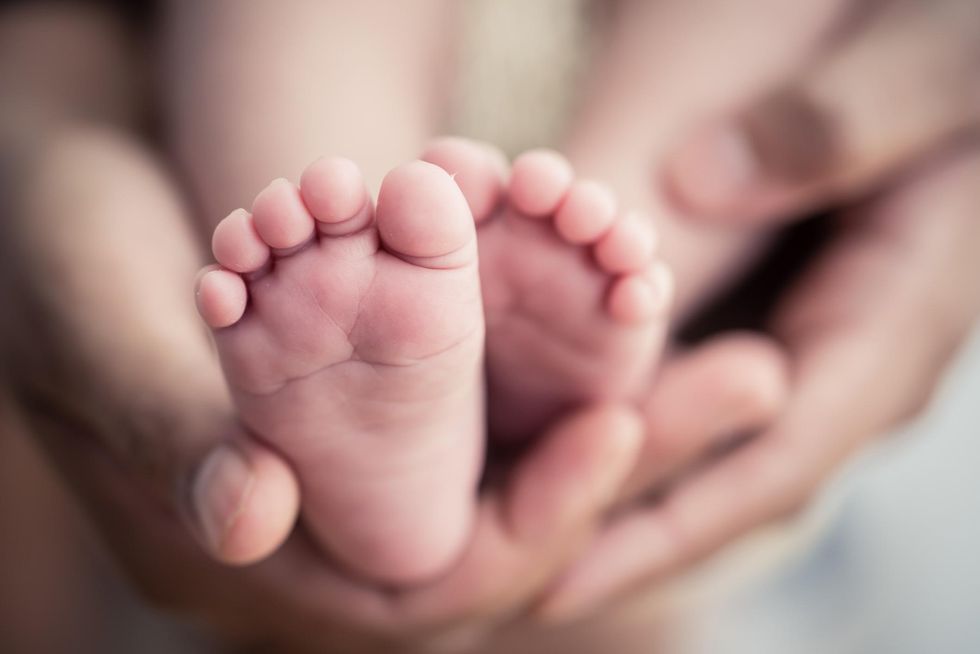 Elisa Seeger’s son Aidan was 6 1/2 years old when he started having vision problems. Seeger thought her son just needed glasses, but after what she calls a “diagnostic odyssey” that went from one specialist to another, she learned he had a rare genetic neurological disorder called adrenoleukodystrophy (ALD). The once active first grader, who loved sports and was a good student, quickly lost his ability to function. A year later, in 2012, he died.

“During this time, I researched anything that could change the course of this condition,” Seeger said. “I came across the fact that there was a newborn screening test for ALD, but not one state took it into use. This would have meant the difference between life or death, not only for Aidan, but for thousands of other boys across the country. With early diagnosis, treatment could have intervened before the injury occurred. “

Newborn babies are routinely screened for genetic, endocrine and metabolic disorders as well as for hearing loss and congenital heart defects. Newborn screening began in the 1960s, after research from the National Institutes of Health (NIH) discovered that a disease called phenylketonuria (PKU) could be detected by analyzing blood after birth. Now, newborns are screened for up to 81 genetic disorders, but the test is still sometimes referred to as the PKU test.

“Characteristic of newborn screening is that we can detect something in newborns that cannot be observed, but by looking at either physiological or blood-based tests, we can determine that a disease is there and intervene,” says Amy Brower, associate director at the American College of Medical Genetics and Genomics.

To perform genetic testing, blood is taken from the baby’s heel in the hospital 24 to 72 hours after birth. Parents are typically informed that their baby will be screened, but the screening is done without requiring further consent. The blood sample will usually be sent to a state laboratory for analysis, and later parents may be notified by their pediatrician or state public health program if anything unusual is detected. According to the Centers for Disease Control and Prevention (CDC), approximately 12,500 newborns are diagnosed each year with one of the core conditions detected during screening.

“The main goal is to get this diagnosis as quickly as possible into the hands of the parents, the pediatrician and individuals who can make the choices for the care and treatment of the newborn with the goal of saving their lives and optimizing the results,” Brower said. .

The Federal Advisory Committee on Hereditary Disorders in Newborns and Children, of which Brower is a member, maintains and updates a list of disorders that it recommends for screening, called the Recommended Uniform Screening Panel (RUSP). It is not a mandate, and individual government programs ultimately determine what is to be screened. Currently, there are at least 29 conditions screened for in each state. While the RUSP has helped close the gap between different states, there are still differences.

A baby born in Louisiana, for example, will currently be tested for 39 core and secondary RUSP conditions, versus 60 core and secondary RUSP conditions in Minnesota or Vermont, according to data from the Newborn Screening Translational Research Network (NBSTRN). Some states screen for additional disorders in addition to RUSP; California, for example, screens for a total of 80 conditions.

Following her son’s death, Seeger launched the ALD Alliance to lobby her home state of New York to make ALD screening mandatory. In March 2013, Aidan’s law was signed in New York, making it the first of several states to test for ALD. Thanks to advocates like Seeger, ALD was subsequently added to RUSP in 2016. Yet at least 18 states do not screen for ALD.

“I realized, wow, this is just not okay, because I have friends all over the country, and knowing that a baby born in another state will not have the same chance seemed incomprehensible to me,” Seeger said. “These parents – like us – will not know it until it’s too late.”

There are currently four core RUSP conditions that are still not screened for in every state: ALD, pump, spinal muscle atrophy, and mucopolysaccharidosis type I. Seeger’s ALD Alliance is among the organizations pushing for law changes.

“When I have spoken in the States [that aren’t testing for ALD] what I hear is that funding is the main reason why states are not moving forward. States voted unanimously to add ALD, but then there is a wait. Questions arise as to where do we get the funds to do this? ”Said Seeger.

The ALD Alliance and other organizations are asking Congress to approve $ 15 million a year, which will go directly to the states so that each state can become RUSP compliant by 2025.

“It’s a small sum of money at the federal level to ensure babies do not die when there is testing and viable treatment,” Seeger said, pointing out that her son’s medical bills for hospitalization during the last 10 months of his life were almost $ 5 million. “It cost the state of New York $ 500,000 to add ALD newborn screening,” she added.

How parents can advocate for the screening of newborns

Get informed. Many parents – including Seeger when her son had just been born – do not know about newborn screening. You can start with the NBSTRN data tools to better understand what your state is testing for and how it is stacked up against other states. You can then find out more by checking out your state’s health ministry website.

Understand the impact. While parents can request religious exemptions from newborn screening, 99% of newborns are screened. Many ailments need immediate intervention to prevent weakness or death. For example, breast milk can be harmful to newborns with PKU, who must avoid the amino acid phenylalanine to live a healthy life.

Additional testing may be an option. You may want to consider getting additional tests from other labs. Your insurance may cover some additional screenings, or you may have to pay out of pocket.

If necessary, get genetic counseling. There are thousands of rare diseases. If you know a family member was diagnosed with a rare genetic condition, you may want to consider talking to a geneticist before giving birth to learn the best practice.

Get active. You can talk to your state legislator or get in touch with organizations like the ALD Alliance about efforts to improve neonatal screening. In addition, anyone can advocate that more disorders be added to the RUSP. “Any stakeholder – meaning parents, families, researchers, pediatricians, geneticists – can nominate a condition to this federal committee,” Brower explained. “You can fill out a form on the website and then you can actually testify four times a year in front of this committee. They have open public comments so people can say, ‘My family has this disorder.’ I think it should be part of newborn screening. ‘”

For Brower, screening newborns is not just a professional passion; it’s personal.

Browser’s son, now 29, has a condition called severe combined immunodeficiency (SCID), also known as “bubble boy disease”. SCID was the first condition to be nominated for and added national recommendations for neonatal screening. Had newborn screening been available when her son was born, his life course would have been completely different.

That is why, Seeger said, it is important for all parents to know about their state policies on newborn screening and why she is in favor of a national effort for testing.

“What we call this effort is the eradication of death by zip code,” she said. “It should not matter what zip code you live in, each baby is just as important as the next.”